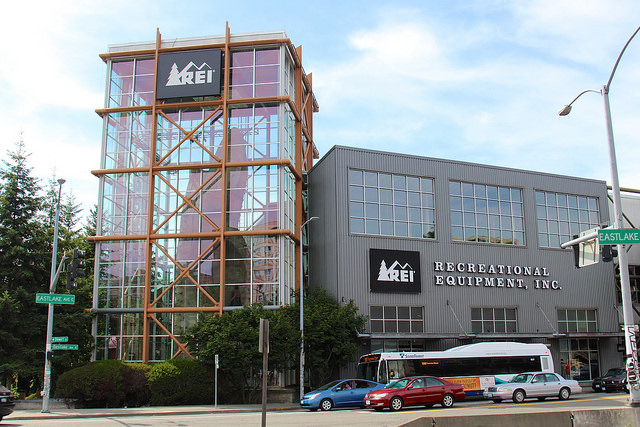 The day after Thanksgiving has long been the unofficial start of the American holiday shopping season and is a pivotal day of profits for U.S. retailers. Last year, 87 million Americans shopped on Black Friday and accounted for $50.9 billion in sales.

As competition for customers has grown fiercer with the increase in online shopping, traditional retailers such as Sears and Kohl’s have generated headlines and controversy with Black Friday creep. In 2011, Kohl’s and Target began the creep by opening stores at midnight on Black Friday. In 2014, several retailers upped the ante by opening for Black Friday on Thanksgiving Day.

It’s in this retail climate that consumers were surprised by REI’s announcement earlier this week they would remain closed not only on Thanksgiving but also on Black Friday. Instead they are encouraging their employees and customers to enjoy the outdoors in their #OptOutside campaign.

Nobody can deny this move by REI to opt out of the Black Friday arms race is a clever marketing move. The announcement quickly flooded the news and people’s social media feeds. But is this move by REI simply marketing or does it signal a continued shift in how retailers view their relationship with not only their customers but also their employees?

Researchers have found in the past decade a growing change in what consumers are looking for from companies they do business with.  Last summer, a Nielsen study found that globally 55% of consumers are “willing to pay more for products and services provided by companies that are committed to positive social and environmental impact.” And that’s not just talk. The same study found that 52% of consumers spent money with socially-responsible companies in the past six months. Customers no longer want to simply buy goods; they also want to know what impact companies have on the environment, their workers, and the communities they operate in.

This shift is not limited to consumers. As we have seen through our work with Duke MBA students, employees are looking for more from their employers than just higher salaries. A Net Impact study in 2014 found that 71% of MBA students would take a 15% pay cut “to have a job in a company committed to corporate and environmental responsibility.” That trend has continued into 2015 with a new study by Bain & Co. of some 1,500 MBA students and graduates found that the vast majority intend to prioritize “impact” over prestige and financial benefits in their careers. Some 66% of the women and 59% of men said they plan to put impact first.

All of this certainly isn’t lost on REI and others. As competition for consumer dollars and employees grows fiercer, companies must find ways to differentiate themselves from the status quo. Our partners in the growing B Corporation movement and at the Department of Labor are helping shine the light on values-driven companies that are truly “doing good while doing well,” leading to financially sustainable businesses with high levels of employee loyalty and retention. While it remains to be seen if enthusiasm over the #OptOutside campaign will translate into sales over the holiday shopping season, one immediate effect it has had is solidifying brand loyalty.

Rose Krayer, a retail employee in Albuquerque, New Mexico, commented, “I work retail and I know how much of a difference it makes when your employer sacrifices profit for their employees’ happiness. Even if it means spending more I feel better shopping at a place like REI even if I could save money shopping somewhere with questionable employer practices.”

With others across the country voicing similar sentiment, don’t be surprised if more retail companies start vocally touting ways they support their employees, especially if REI posts record holiday sales for 2015. And as more consumers vote their conscious with their dollars, we are excited to continue to follow companies as they continue to incorporate social impact in to their corporate strategy.