Mixing Private Capital and International Aid: The Case of Nepal 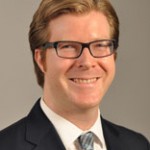 Colin is a second year dual Master of Public Policy and MBA candidate at Duke University’s Sanford School of Public Policy and Fuqua School of Business. At Duke, Colin is focusing on finance and international development. Last summer Colin interned at USAID in Washington D.C. exploring mobilizing private capital for development. Prior to studying at Duke, Colin worked for Cru, a global faith-based non-profit for eight years, which included a variety of field-based, support, and leadership roles in the US, Egypt, and China. Colin has his BBA in Finance from the University of Texas at Austin and is originally from McAllen, TX. Colin’s true love in life is his family: his wife Tara, and three young children, whom he adores. @colinbready

These are just a few of the major challenges faced in Nepal after the devastating earthquakes of April and May 2015.

Before the earthquake, Nepal was already a poor country. According the UNICEF, 25% of Nepal’s population lived in extreme poverty. Nepal’s gross national income (GNI) per capita, a measure of the country’s economy and overall well-being, is $730, less half that of average of South Asian countries ($1,527). For comparison the US’s GNI per capita is $55,200. Haiti’s is $830. Nepal is a very poor country.

Merely rebuilding what existed prior to the earthquake was insufficient.

The question before the international community was how do you build back better?

This is a complicated question. I had the opportunity to work on a small slice of it while interning at USAID’s Office of Private Capital and Microenterprise this past summer. On day two my boss asked me if I’d like to work on formulating a strategy proposal for how to attract private investment into the mix of donor aid that would be flowing into Nepal. It sounded like an interesting challenge that would have an impact, so I quickly agreed.

Generally, aid is either a grant (free money) or a concessional loan (cheap money/below market rates).

Why would the international aid community want to engage with private capital that’s looking for financial returns? The answer is relatively simple: the need for more money than the aid community has to provide.

The World Bank and Government of Nepal estimated that the total effort to rebuild after the earthquake would cost $6.7 billion. Donors together committed to provide roughly $3 billion. This is a $3.7 billion shortfall in financial resources needed for reconstruction.

Beyond filling that shortfall, there’s another potential benefit to private investment. Investors bring a wealth of business knowledge and expertise that is often critically lacking in developing countries. This knowledge in combination with access to capital can be a powerful tool for local businesses and economic growth.

Our office’s operating theory was that we could utilize donor aid to catalyze private investment in Nepal in such a way that would both benefit reconstruction and long-term economic growth and development.

To do this we developed plans to research a support fund for small to medium sized businesses focused on the construction, tourism, and agricultural sectors. The purpose of this potential fund would be to provide both working capital for Nepalese companies to be a part of the reconstruction efforts as well as to provide business advisory services to help these companies improve their operations and financial performance, and increase their access to capital.

As my internship wrapped up, the next steps included assessments and planning and actual implementation of projects. As the specific needs of Nepal’s small businesses come into focus they will be matched with the capabilities of USAID and the broader international community.   The hope is that this fund could help draw in additional financial resources directed to local firms to build back better in the near term as well as setting these local companies up for long term success and growth.

This concept of private capital for development taps into the larger conversations around innovative finance for development and is related to public-private partnerships. Many questions remain. How much capital could be mobilized and what is the impact on development objectives?  It’s an emerging field that is very much still being figured out.

Through my internship, it was fascinating to see how to private sector and public sector could come together for the greater good and that one path to having an impact in development is through Wall Street.

The Summer Internship Fund (SIF) enables first year Duke MBA-Daytime students to learn about the rewards and challenges of social sector management without making a significant financial sacrifice. In addition, the program enables organizations that otherwise could not afford to hire MBA student interns to benefit from students’ expertise. The SIF has supported more than 170 students, distributed nearly $520,000, and helped to further the mission of many nonprofit and government organizations. Funds are raised through student fundraising and from donors who believe in the mission of the program. If you would like to contribute, you can donate online using your credit card.