Duke’s Fuqua School of Business offers scholarships each year to individuals with social sector backgrounds who are looking to acquire business skills for use in their pursuit of social impact. The CASE Social Sector Scholarship brings in amazing students who add a richness to the Fuqua student body and bring their unique perspectives to the classroom.  We are proud to announce our new CASE Scholars with this week featuring Manuel Costa. You can read about our other scholars here. 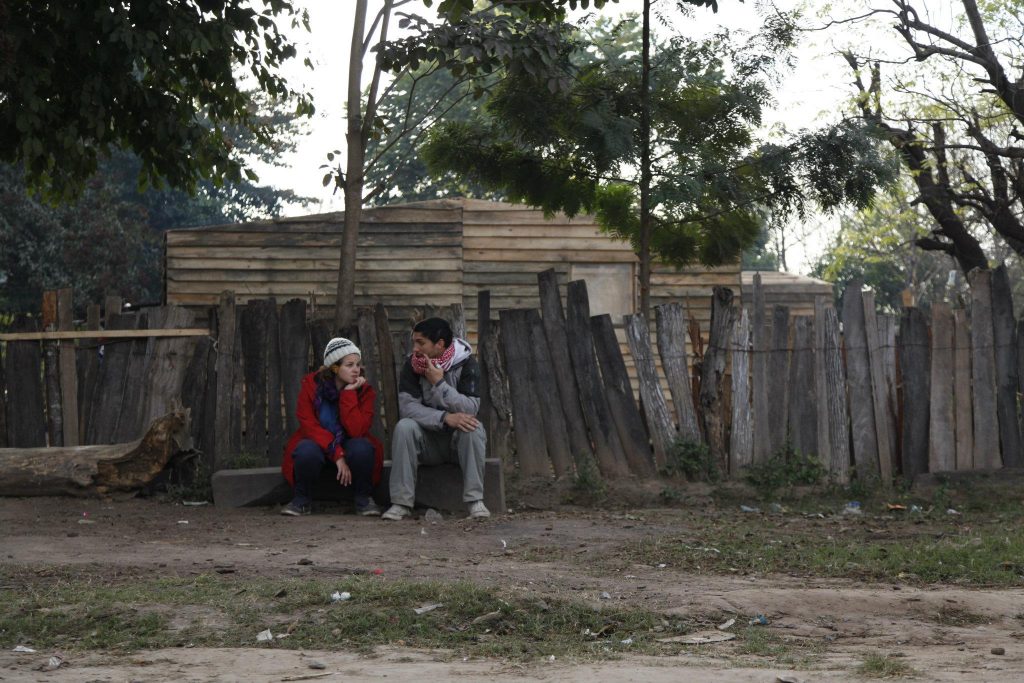 Manuel didn’t know it then, but late in November 2010 he was given a chance to lead some of the most demanding challenges he has ever had to face: from the aftermaths of earthquakes and wildfires, to being held at gun point, to fighting institutional insolvency. What began as a short-term transitional project ended up being a life changing commitment to fight poverty and inequality.

At the age of 18, Manu left Argentina, in the wake of economic collapse, to study abroad. He wanted to gain perspective and managed to self-finance his education in England. After finishing his degree, he went back to Argentina to grow as a professional. After a couple of years of volunteering at TECHO, a growing Latin American nonprofit, he came across a job opening for Project Leader (Supply Chain).

At the time he had a career in the consulting world, but in the back of his mind he knew the amount of time he was dedicating to the cause wasn’t enough. He thought it could be an interesting hiatus in his career and an opportunity to combine a newly found passion towards social development with leadership and management skills.

Needless to say, he has been working at TECHO ever since.  He became Regional Director and was in charge of the operation in Argentina, Brazil, Paraguay and Uruguay – overseeing the work of more than 200 employees, 2,000 youth volunteers, building more than 6,000 emergency houses, implementing education and workforce programs in more than 200 communities, and liaising with local government and advisory boards across the region.

The community. In other words, the people. I would be lying if I didn’t mention ranking, tuition, program, culture and location. But these are all conditions that my wife and I agreed upon and that, incredibly enough, were quite flexible.

What impact do you hope your Fuqua education will allow you to have on the world?

I hope Fuqua will provide some of  the strategic vision, stronger leadership skills, and discipline-based analytical tools to tackle some of the challenges of our generation.

I hope my classmates and I will be inclined to align all sectors (private, public and nonprofit) in a common pursuit of a greater society (or “better world” if you don’t mind the cliché).

I came to business school because I understand that the public sector has the responsibility and resources to do so but can get caught up in bureaucracy or the dimensions of the problem. The nonprofit sector has the willingness and impetus to do so but not the resources. So if the private sector can make inroads into some of these challenges (climate change, poverty, education, nutrition) then we might have a chance of overcoming them.

Share one of the 25 facts from your application essay

When I was 20 years old I visited Paris for the first time. I was riding the train when 3 young men approached me and borrowed most of my belongings indefinitely (essentially stole a lot of things including my passport). I was supposed to catch a flight home 48 hours later – did I mention I don’t speak a word of French?

I managed to get myself to a police office and explain what had happened to me. I was assured I could travel with the piece of paper the officer gave me (at least that’s what I gathered). I decided to go to the Argentine Embassy just in case and I was unceremoniously informed that I most certainly could not travel through international borders with a “piece of paper” and that I would not be able to be issued a new passport with a picture of my parents as proof of identity. Particularly not considering I was living in a foreign country and had no student visa or passport to show for.

Whoever wants to hear the rest of the story I’ll be happy to share it but needless to say I managed to leave France and get myself to England two days later (can also share another visit to France in which I “lost” a fair few personal belongings – still love the country though!).