The Fierce Urgency of Now: Social Impact Leaders Speak Out on Charlottesville 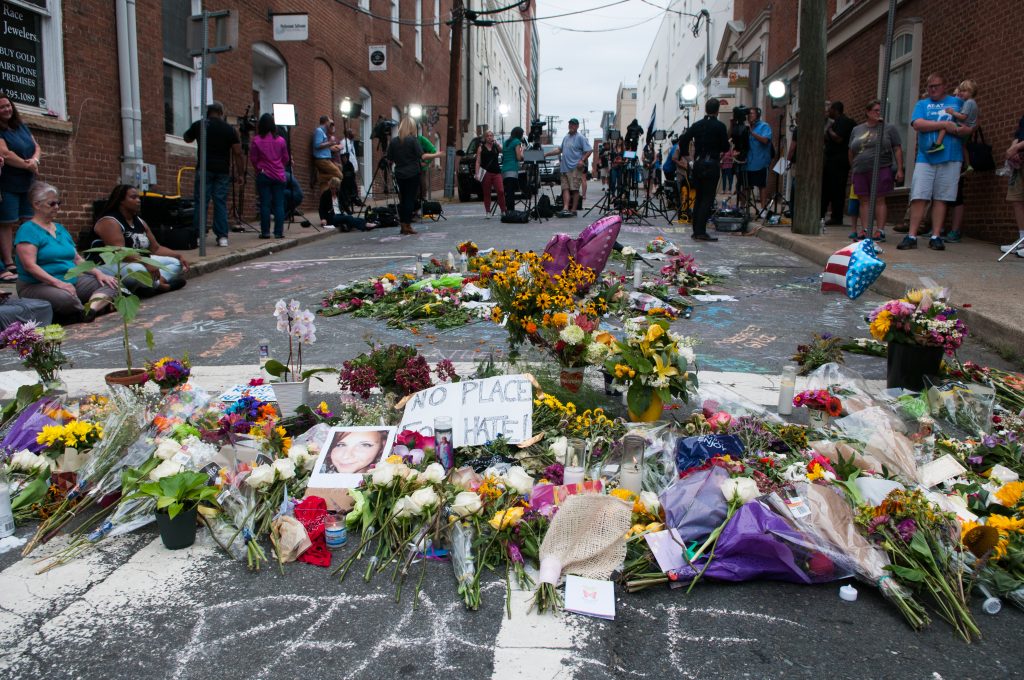 Last weekend, white supremacists descended upon the town of Charlottesville, holding a rally that turned violent and led to the death of three people and more than thirty injured. The events in Charlottesville are another example highlighting the work that still needs to be done for racial equity in this country.

Leaders in social impact are no strangers to the inequality that still grips our country. They work tirelessly to bridge the gap in access, from affordable housing to education equity, social justice to environmental racism. These leaders are also in a unique position to amplify the message of equality and inclusion to our politicians and our communities.

Commercial business leaders are also increasingly using their voices to speak up about social issues.  But, even on the most basic metrics, much can still be done to foster a more inclusive entrepreneurial environment. For example, African-American women are only 1.5% of senior-level executives in the private sector yet represent 12.7% of the US population. Currently there are no black women serving as CEOs of Fortune 500 companies and only 14 black men holding these roles. In 2012, Latino entrepreneurs earned 43% less than non-Latino entrepreneurs. Despite founding teams with female members outperforming all-male ventures by 63%, female CEOs only receive 2.7% of all venture funding and women of color make up an even smaller percentage of 0.2%.

In 1963, Martin Luther King Jr. spoke of the fierce urgency of now and the need for all Americans to fight for positive action on civil rights. Those words are as true today as they were in the 1960s. “Inaction or equivocation in the face of white supremacy is reckless, and we must commit as individuals, as members and leaders of institutions, and as Americans to ending it now,” wrote Ben Hecht, CEO of Living Cities and CASE Advisory Council Chair, earlier this week. We at CASE agree and will continue to work towards inclusion of all in the field of social impact.

Read the voices of social impact leaders as they respond to Charlottesville:

“…I know our children need adults around them who they can look up to in this moment of confusion, division, and hate, and who are not only talking about the problem but are actually doing something about it.”

Jean Case – CEO of Case Foundation: Stand Together, Stand Up, Be Clear, and Be Counted: Let Urgency Conquer Fear

“The decision to ignore, overlook, brush off or to take real action is an individual one. Yet, if we work together and all take action, we can turn these despicable acts into a rallying point for change that will make our communities, families and democracy even stronger.”

“We have yet to eradicate that legacy from our society. The result? Not only senseless deaths like those in Charlottesville but extreme disparities across all major indicators of success and well-being between white people and Americans of color.”

Rip Rapson – CEO of The Kresge Foundation: Philanthropy Must Respond Forcefully to Charlottesville

“In all of its permutations, philanthropy carries an obligation by virtue of its privileged position to attack the pervasive and stubbornly persistent racial, economic, social, and political barriers that impede the full realization of our democratic norms and values – and, in particular, to root out the abhorrent tendrils of racism, bigotry, and white supremacy that refuse to release their grip on our nation.”

“The hate-motivated acts we saw this weekend do not define us as Americans, or as citizens of the world. And they don’t define Charlottesville either. Because even while that city grieves, there are forces of love hard at work.”

Kevin Trapani – CEO of The Redwoods Group and CASE Advisory Council Member: This is Not a Matter of Debate

“That’s why the response—whether from left or right, from red states or blue, from cities or towns or isolated farms— has been and must continue to be unanimous and clear: Nazism has no place in civil society.”

Darren Walker – President of the Ford Foundation: A Call for Moral Courage in America

“To me, it seems clear, not just in this alarming episode, but in the deeper history it has laid bare: America has reached another defining moment. We face a crisis—the next battle for the soul of this country, one that will play out on the battlefield of our collective consciousness.”

Want ideas on how to make an impact towards racial equity? Check out these resources:

Ross Baird – CEO of Village Capital: Concrete Steps You Can Take Today to Respond to Charlottesville

The Guardian: A collection of children’s books to help teach children about diversity and inclusion

Know of other social impact leaders raising their voices for racial equity? Let us know @CASEatDuke