Many Brazilian fashion artisans live in poverty, making only $0.30 an hour.  This year’s CASE launch pad winners, Ariadne Sabatoski and Antonia Taline de Souza Mendonca, have teamed up to create Balné Brazil to prove that fashion brands do not have to exploit its production chain to be profitable. Balné is an ethically handmade swimwear brand. The pieces will be handmade in Brazil by artisans receiving a living wage and sold in the US market. 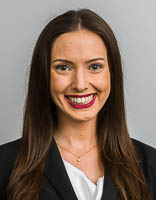 Ariadne was born and raised in Curitiba, South Brazil, where she attained a degree in Social Communication and Advertising from Universidade Federal do Paraná and a Certificate in Marketing from Fundação Getúlio Vargas. Before coming to Fuqua, Ariadne worked for 4 years in global banking as an Account Manager. She decided to step away from her career to pursue an MBA when she learned how businesses such as Toms and Patagonia are changing the world. “As I grew up in Brazil, I became aware of the big opportunity gap in my home country, so I decided to focus my energy on helping to create social impact in the for-profit space.” 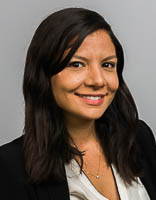 Taline, who grew up in Northeast Brazil, moved to Rio de Janeiro to attend a military engineering college (IME). Upon graduation, she decided to go out of her comfort zone and joined a risk management leadership program at an international bank. Later after completing the program she was invited to join the mergers & acquisitions special-task force at a Brazilian oil and gas company. In her free time, she discovered her true passion: “While traveling, I witnessed the dark side of fashion: girls no older than 12 years old working in sweatshops with horrible conditions for little to no pay. I was heartbroken and determined to make a change.” In response to her experience, Taline started an ethical fashion blog and decided to pursue her MBA at Fuqua determined to be a social entrepreneur.

Tali and Ari met in business school, and they quickly realized that they not only share a passion for fashion, but also for giving people and their communities the opportunity for economic sustainability. Ari had already thought about leveraging Brazil’s most celebrated season, summer, to create a social enterprise. Tali got excited about the idea because she would be able to use her network in her hometown to find ethical suppliers while working to reduce the environmental impact of fashion by using eco-friendly materials. 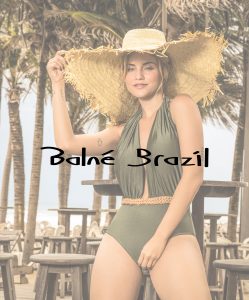 “We believe fashion can help to change the world,” shares Ari and Tali. In poor regions of Brazil, most people live in rental homes, many of them in areas without basic utilities such as electricity and basic sanitation. As soon as those people increase their annual income, they have access to more developed neighborhoods. There is a high correlation between annual income above the poverty level and education for dependents. Balné Brazil will keep track of access to utilities and education level of its employees and their families and will compare it to data from artisans working as contractors.