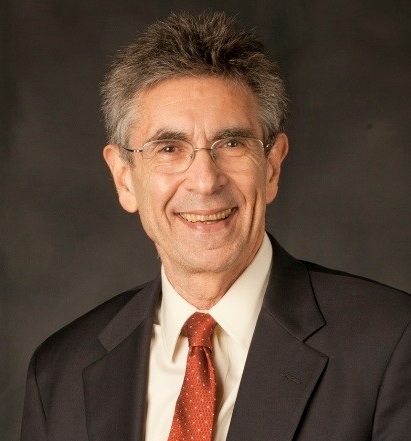 Dr. Lefkowitz is the James B. Duke Professor of Medicine and Professor of Biochemistry at Duke University.  He has been an Investigator of the Howard Hughes Medical Institute since 1976.  He was the 2012 Nobel Laureate in Chemistry, a prize he shared with his former trainee Dr. Brian Kobilka, who is currently a Professor at Stanford.

After graduating from the Bronx High School of Science in 1959, he attended Columbia College from which he received a bachelor of arts in chemistry in 1962.

He graduated from Columbia University College of Physicians and Surgeons in 1966 with an M.D. Degree.  After serving an internship and one year of general medical residency at Columbia Presbyterian Medical Center, he served as Clinical and Research Associate at the National Institutes of Health from 1968 to 1970.

Upon completing his medical residency and research and clinical training in 1973 at the Massachusetts General Hospital in Boston he joined the faculty at Duke where he has worked ever since.

Lefkowitz studies receptor biology and signal transduction and is most well-known for his detailed characterizations of the sequence, structure and function of the β-adrenergic and related receptors and for the discovery and characterization of the two families of proteins which regulate them, the G protein-coupled receptor (GPCR) kinases and β-arrestins.

In the mid-1980s and 1990’s he and his colleagues discovered that all GPCRs (which include the β-adrenergic receptor) have a very similar molecular structure.  About 1,000 different receptors in the human body belong to this same family.  As a result researchers now understand how to effectively target the largest receptor family in the human body.  Today, as many as 30-50 percent of all prescription drugs are designed to “fit” like keys into the similarly structured locks of Lefkowitz’ receptors-everything from anti-histamines to ulcer drugs to beta blockers that help relieve hypertension, angina and coronary disease.

He has served as President of the American Society for Clinical Investigation and of the Association of America Physicians, and on the Council of the USA National Academy of Sciences.

Lefkowitz has received more than 70 awards for his work on cellular receptors, including the Gairdner Foundation International Award (1988), the Association of America Medical Colleges’ Biomedical Research Award (1990), the American Heart Association’s Basic Research Prize (1990) and its Research Achievement Award (2009), the Bristol-Myers Squibb Award for Distinguished Achievement in Cardiovascular Research (1992), the National Academy of Sciences’ Jessie Stevenson Kovalenko Medal (2001), Fred Conrad Koch Award of The Endocrine Society (2001), and seven honorary doctorates.  In 2007 he received the Albany Medical Center Prize in Medicine and Biomedical Research and The Shaw Prize in Life Science and Medicine.  He received the 2007 National Medal of Science, presented by President George W. Bush on Sept. 29, 2008, in a White House ceremony and the Nobel Prize in Chemistry in 2012.