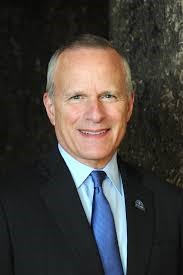 Tom moved with his wife, Lesley, to Durham, NC after serving the last two years of the Obama Administration as Chief Veterans Experience Officer at the Department of Veterans Affairs, reporting to Secretary Bob McDonald. In this role, Tom was responsible for setting up a Veterans Experience Office where his team worked to understand, design and measure Veteran experience. To evaluate the level of service at VA, the team used human-centered design, creating journey maps for both the customer experience as well as the employee experience. The journey maps identified the moments that matter to Veterans which then allowed the team to introduce real-time measurement and feedback tools to evaluate those moments within each facility. This Veteran experience measurement capability still drives performance at VA, setting a benchmark for the Federal government.

Today, Tom has developed multiple interests, serving as Faculty Advisor to the Coach K Center on Leadership and Ethics Fellows at Fuqua, teaching first and second year MPP’s at Duke’s Sanford School of Public Policy and co-owning twelve Five Guys restaurants in South Carolina with plans on acquiring additional markets. Tom has also become involved with a variety of organizations in the Duke and Durham communities. Tom is on the board of TROSA, a local non-profit, where he helped them develop their measurement dashboard, using lessons learned from his experience at VA.

Prior to his role in government, Tom had over forty years of experience in the restaurant industry of which twenty years were overseas, with fifteen years in Europe and five years in Asia. Most recently, Tom was the Chief Executive of the largest Asian-owned restaurant business, Jollibee Foods Corporation, based in Manila, with five businesses in the Philippines, two in Vietnam and four in China. In his thirty months as Chief Executive, Tom led the management team in doubling the value of the company, adding over $2B of shareholder value. During his tenure, Tom improved the analysis for selecting new sites, introduced a price sensitivity study for menu pricing, and increased the sales growth through comparable sales as well as new store openings. Most importantly, Tom coached and mentored the company’s executives, bringing an international perspective to a family-owned business.

In Europe, Tom was the first Country President for McDonald’s France, introducing the concept to the French market. Tom was responsible for setting the foundation of the McDonald’s system in France, including real estate, construction, purchasing, franchising, marketing and operations. He led the positioning of McDonald’s in France as a lifestyle brand instead of a product brand, establishing a template that was later used in other international markets. This laid the foundation for a success which has led France to becoming the second most profitable market in the world for McDonald’s after the US. After his success in France, Tom was asked to open an office in London where he was responsible for twenty countries in Europe, Africa and the Middle East. In this role, Tom led in the opening of twelve new countries and put in place fifteen new country managers. Tom also leveraged the economies of scale across Europe for purchasing, construction and marketing, which resulted in significant savings across markets.

Tom and his wife Lesley have enjoyed getting to know the Durham community and connecting with Duke where Tom graduated in 1971. They are building a new home in the Duke Forest and are enjoying being close to their daughter, Olivia and their first grand-daughter, Lily. Olivia moved to Durham with her husband Steve last September. Tom’s son Logan and his wife, Elizabeth live in San Francisco but travel frequently to Duke where they both graduated.