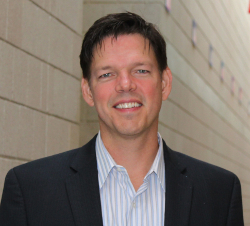 This week, over 3,500 energy professionals from leading energy-producing and energy-consuming countries have arrived in Montreal for the World Energy Congress.  Sponsored by the World Energy Council, the Congress is held every 3 years to discuss key challenges of the global energy sector.

There is no question that powerful forces are at play in the energy business.  Global energy demand is becoming more intense, driven by aggressive investment in infrastructure and middle class consumption in China, India, Brazil, and beyond.  Traditional fossil fuels continue to be the foundation of the global economy, but are increasingly constrained and risky, and their negative impacts on the environment are well-documented.  Renewable energy development is immature, costly, and unlikely to expand fast enough to quench global energy thirst.  Policymakers cannot agree on consistent regulations to guide energy development.   And the latest climate science suggests much faster and more severe impacts of runaway carbon emissions than anyone might have predicted even a few years ago.

So while these conditions might suggest a mandate for new thinking and a departure from business as usual, most of the themes at this year’s World Energy Congress are oddly familiar.  Here are a few of the prominent themes of WEC 2010.

A prominent theme this year is that fossil fuels are here to stay.  Oil, coal, and gas will continue to be the central players in the energy mix, with renewable sources playing a supporting role, at best.  Rick George, Chief Executive Officer of Suncor, gave a nuanced account of his company’s efforts to exploit Canada’s abundance oil sands reserves while reducing environmental damage.

Given the scale of demand, installed energy infrastructure, and costs, the future will look at lot like the past – with new technology and innovation expanding new supplies and reducing negative environmental impacts over time.  Oil will continue to be central in the global energy mix, according to Khalid Al-Falih, President and CEO of Saudi Aramco.  In contrast to previous Congresses that highlighted the promise of renewable energy, the role of climate policy, and the imminent emergence of a new global low-carbon economy, this year was all about the inevitability of fossil fuels.

Day 1 of the Congress highlighted the challenge of energy accessibility and poverty.  Despite more than a century of energy development, nearly 2 billion people still have never touched an “on” switch.  Energy poverty undermines the prospects of 1 of every 4 people on the planet, with another 2 billion people being added to the global population in coming decades.   The energy sector will be pushed hard to generate the power needed to meet the demands of these energy newcomers, who are all pursuing the “3 Cs”– a condo, car, and cell phone.

While the desire to eliminate energy poverty is certainly laudable, it was strange to hear fossil fuel advocates at WEC 2010 take the moral high ground on this issue.  For example, Gregory Boyce of Peabody Energy issued an impassioned call to action to eliminate energy poverty–by expanding coal use.  His argument was that coal is the only fuel source that is plentiful and cheap enough to support broad global development.  He argued for a shift in our mindset from a focus on an “alleged future environmental crisis predicted by models to a commitment to address the urgent current crisis of energy poverty.”   If you are willing to suspend belief in the reality of climate change (and apparently, many are willing…), then coal is certainly an attractive fuel for development.  However, it is not clear how persuasive Boyce’s argument is in the world we actually inhabit.

In fact, I believe that the ethics and politics of development vs. climate action are likely to be tense for the foreseeable future.  There is no simple formula for balancing the mandates for universal energy access AND radically reduced climate emissions simultaneously.  And trading off between them is not a real option.  And there are many stakeholders in this debate.   Stay tuned – the energy industry will think a lot more about this dilemma in coming decades.

Many WEC veterans were particularly impressed by what was conspicuously absent from this year’s discussions.  At WEC 2004 and 2007, there was a palpable sense of momentum for renewable energy – solar, wind, hydrogen – energy efficiency, and the coming low carbon economy.   Clearly, the page has turned on that promise.  The economic crisis has squeezed the economic viability of the clean tech industry.  Climate and energy policy is in chaos globally, with US policy makers leading the retreat.

In response to these factors, a common theme in many presentations was greater attention to managing the carbon streams of fossil fuel combustion, through efficiency, carbon capture and storage, and other strategies.  Renewable energy technologies may or may not be ready for prime time, but there are enormous policy, infrastructure, and financial hurdles to overcome.  With a few notable exceptions like China and Europe, renewable energy is again on the sidelines, and the energy future looks like a bigger, slightly improved version of our current system.

Renewables are out, but as Dan Yergin, the Pulitzer Prize-winning energy expert commented in his introduction to WEC 2010, there is a new player in the energy game that is generating lots of buzz – e.g. the promise of natural gas, which he referred to as the “shale gale.”  Particularly in the US, natural gas is a godsend.  With recent technological breakthroughs, the potential supply of homegrown gas is enormous.  It is possible to scale up wide-scale use of natural gas in energy production and transport without disruptive change to infrastructure.  It is inexpensive, doesn’t require heavy subsidies, and has the added benefit of being about half as carbon-intensive as oil.  In a hurting economy and a polarized political environment, natural gas offers an alternative that is widely appealing to diverse stakeholders.

And the promise extends beyond the US – natural gas may be a global game changer, revolutionizing the entire economic and geopolitical landscape of the energy business.  Natural gas’ primary liability is its potential environmental impact – significant concerns remain about the risks of shale hydraulic fracturing on water supplies.  It is also unclear whether reducing carbon intensity by half is significant enough to alter the steady rise of carbon emissions.

Every presentation I heard at WEC 2010 spent time reflecting on the role of China in our energy future.  China’s sheer scale and rapid growth are driving unprecedented energy demand, technology, and infrastructure.  Its massive investments in every element of the energy system make China strategically critical for every company in the energy sector.  The future of China and the future of the energy business are inextricably linked.

So what path will China take?   Chinese still consume less than 1/5 of the energy per capita than the average American consumer, so demand will continue to rise as far as the eye can see. Barring some dramatic disruption, China will continue to build out a comprehensive energy infrastructure to lift 1.3 billion people out of poverty.  This has unmistakable implications for global competitiveness, climate and environment, geopolitics, and quality of life in every country.

What is unknown is the extent to which China’s development efforts will be able to de-couple economic growth from carbon emissions and other negative environmental impacts.   By driving innovation, efficiency, smart grids, and clean energy development, Zhenya Liu, Chairman and Chief Executive Officer of China State Grid described China’s efforts to construct a different energy paradigm.   For example, Liu explained that since 2000 in China, electrical generation from wind grew exponentially by 21 times, while solar electricity production rose 47 times. As a measure of their seriousness, I note China’s decision this past summer to close 2,087 inefficient, polluting industrial plants.  Given China’s scale and the lack of movement of energy issues in the US, we all are interested bystanders to the drama currently playing out in the world’s most populace country.