Utilities can win by entering the distributed solar market 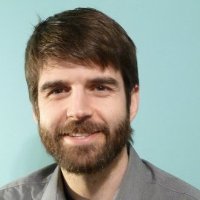 This article was written in response to a seminar given by Allen Burchett, Senior VP for Business Development, ABB North America, in an EDGE Seminar on Feb. 5, 2014 at Duke University’s Fuqua School of Business.

Alan Burchett, Senior Vice President of North American Sales at ABB spoke to our EDGE Seminar on February 5 about ABB’s organizational structure, strategy, and market opportunity, particularly within the electric power sector.  ABB is a major supplier throughout this space, counting both utilities and solar developers as customers.  Mr. Burchett was asked about the impact of distributed generation—particularly rooftop solar photovoltaic (PV)—on the utility business model. He agreed that distributed generation poses significant challenges and that utilities have not yet figured out how they will adapt.  He suggested that utilities should be aggressively pursuing the distributed solar space, which for the most part they are not doing.  We strongly concur and wish to further explore the case for doing so.

As costs of solar PV panels have declined rapidly over the past several years, installations of distributed solar have increased.  However, PV is still not cost-competitive at the residential or small commercial scale without government incentives and other programs such as net metering which require utilities to purchase customers’ excess solar generation at retail rates rather than wholesale rates. Utilities argue that infrastructure costs of providing transmission, distribution, and even backup generation are the same or even higher to distributed generation customers, while revenues are diminished.  This will result in increased electricity prices for non-distributed-generation customers and possibly reduced access to capital.  As a result, utilities have been significantly pushing back against net metering and other subsidies for distributed generation in state legislatures and public utility commission hearings.

Solar advocates, on the other hand, argue that while there are some costs to ensuring distributed generation is integrated to the grid safely, there are also many benefits to the grid, such as reduced efficiency losses due to transmission, increasing the robustness of the electricity system, and delaying the need to purchase additional (very capital intensive) traditional generation. (For example, see the Solar Energy Industry Association’s cost/benefit analysis of solar for Arizona Public Service.)

Solar developers have begun offering innovative financing models in which the building owner pays no upfront fees and essentially pays for the panels via cost savings in their electricity bills.  In some cases, the developer simply leases the rooftop space and sells the electricity back to the customer at a fixed rate (below that of utility-provided electricity) and any unused power back to the utility at net metering rates.  Such models have contributed to the growth of solar distributed generation by reducing the capital cost of entry to individual building owners.

Currently this space is almost entirely filled by third parties such as Solar City.  However, it is a natural fit for utilities, as they are already selling electricity to customers. Utilities have significant incumbent advantages over third parties in areas such as market knowledge and consolidation of overhead expenses such as billing.  Utilities could avoid paying net metering fees (because they would also own the panels), while still realizing the benefits of the grid provided by distributed generation.  Such an approach would be in Mr. Burchett’s words, a “customer-centric approach,” offering customers choice and staying ahead of the market.  However, most utilities seem to view their customers as merely ratepayers or “metering points,” and view distributed generation as a threat to their decades-old business models, rather than embracing it as an opportunity.  Exceptions include Dominion Resources of Virginia who plans to invest $80 million in rooftop PV in the next two years, and NextEra Energy who recently purchased Smart Energy Capital, a solar developer.

There are some potential risks facing utilities that pursue this strategy, but these can be mitigated. The main risk is that the payments from a customer for a rooftop solar system would be less than the amount that the customer would pay for traditional electricity. If utilities purchase and manage the panels, however, they can take advantage of the existing government subsidies to reduce the cost of investment, and they can set the rates that they charge to solar users. In addition, by investing in solar opportunities, utilities are betting that the adoption of solar will continue to grow, and as with any investment, there is an opportunity cost to consider. They are also banking on customers’ willingness to modify their homes. In both of these cases, though, once the utilities have made the decision to support solar, they take control away from independent solar providers (such as NRG ), and they can incentivize homeowners to encourage widespread use of the new model and capture the corresponding profits.

The risk of inaction outweighs these potential risks. If utilities do not act, they face lower profit potential stemming from both 1) declining revenues due to shifts toward distributed generation/demand-side management and increasing subsidies for innovative technologies, and 2) increasing costs due to additional costs required to integrate distributed generation. Some have argued that utilities that fail to react to these disruptive changes in the energy landscape are doomed to the same fate as players in the airline and telecommunication industries that were deregulated in the second half of the last century: bankruptcy.

We urge all utilities operating in regions with high solar potential to follow the lead of Dominion and NextEra and capitalize on the emerging solar market rather than fighting it.