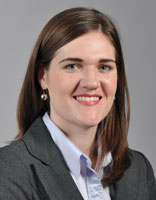 This article was written in response to a seminar given by Gregory Aliff, Vice Chairman and Senior Partner, Deloitte Energy and Resources practice, in an EDGE Seminar on Apr. 9, 2014 at Duke University’s Fuqua School of Business.

Utilities, using conventional power generation, have assumed a long-standing responsibility of deploying safe, reliable, and cost-effective electricity. Greg Aliff, Vice Chairman and Senior Partner of Deloitte’s Energy and Resources practice, argues that utilities must now work to balance a fourth consideration: environmental impact. Yet, this final consideration comes at a cost that many utilities remain unsure of how to handle.

Increasing concerns over climate change have added additional pressure on utilities to balance the seemingly competing interest of environmental sustainability. For countries with aging, centralized grids, the integration of renewables into its transmission system presents a number of technical and economic challenges: 1) high up-front capital costs that are particularly vulnerable to changes in the market; 2) solar and wind produce power intermittently and don’t necessarily coincide with peak demand; and 3) the best sites for renewables tend to be far from consumption, making them more costly to connect.

While Aliff and the utility industry are still in the phase of hypothesis and forecasting for the fate of the U.S. utility industry, their counterparts in Germany are living the financial nightmare of an accelerated fuel transition right now.

Germany has mandated that renewables comprise 80 percent of the country’s installed capacity and 60 percent of total generation by 2050. The objective of Germany’s policy is to reduce greenhouse gas (GHG) emissions by up to 80-95 percent of 1990 emission levels by the conclusion of the renewables deployment. To further incentivize build-out, Germany passed its renewables energy law in 2000, which guarantees a 20-year, fixed-wholesale price for solar and wind producers as well as preferential access to the grid. The policies have succeeded in incentivizing construction of solar and wind farms, as renewables accounted for 23.4 percent of total generation in 2013. However, the accomplishment has come at a price higher than expected.

Wholesale electricity prices in Germany have been on a rapid decline as renewables assume a greater share of dispatched electricity. For utilities, the push for renewables has correlated with a nose dive in revenue. More than half the renewables in Germany are owned by private investors, and although the marginal cost of production for renewables is significantly lower than conventional power sources, the necessity to scale-back production from baseload nuclear and coal-fired plants has taken its toll on infrastructure not designed for ramp rates required to accommodate intermittency. The Economist reported in October 2013 that the country’s largest utility, E.ON, has seen a 75 percent drop in its peak share price. RWE, Germany’s second-largest utility, has witnessed recurrent net income loss of 30 percent since 2010.

The irony in Germany’s aggressive renewables policy is that it has done little to alter the GHG emissions. Any decrease in GHG emissions has only created more opportunity for companies to raise emissions or trade carbon credits under the EU’s ETS allowances program. (The impact of cheap natural gas in the U.S. has displaced the use of coal in U.S. power generation, thus prompting increased exports to Europe where the price of coal is more economical than the regional price for natural gas. In 2013, Germany’s burning of brown coal reached its highest level since 1990.) The introduction of policy instruments with similar goals but alternate executions has collectively undermined the efficiency of the individual initiatives.

With a drastically different political landscape than the U.S., it’s unlikely that such an aggressive mandate as Germany’s would ever find a home on American soil. However, the case in Germany does illustrate the deficiency in the traditional, vertically-integrated utility model. U.S. policymakers and industry players must utilize the lessons learned in Germany to proactively address the fate of the industry as fuel environmental concerns continue to challenge business as usual.