Learning can be disruptive, but it isn’t free 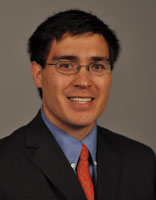 This article was written in response to a seminar given by Matt Eggers, a senior cleantech executive who has worked at Tesla Motors, Sunrun, and Bloom Energy, in an EDGE Seminar on Sept. 24, 2014 at Duke University’s Fuqua School of Business.

In a Sept. 24 EDGE seminar, cleantech expert Matt Eggers commented that today’s photovoltaic (PV) arrays are basically the same technology as the ones that “hippies were putting on their roofs in the seventies.” Compared to costs of less than a dollar per watt today, PV costs of $76.67/W in 1977 were astronomical. In fact, empirical evidence shows that every doubling of solar capacity has led to cost reductions of 20%. Those gains are not from discontinuous shifts in technology, but rather from a steady march up the learning curve.

Still, the industry needed a lot of help to reach the scale where solar started to reap the benefits of experience. If Germany had not driven growth in the solar industry through its energy policy, we may never have seen such a drastic drop in prices. The learning curve is not free; it requires risky investments that may fail to materialize without a significant push by government(s).

Bridging the “valley of death”

As technologies develop, they hit inflection points on the maturity curve that need new investments to fuel research and development or growth. Several industries, such as biotech and energy, have especially large capital requirements, which often come well before a technology is commercially proven. Unlike biotech, energy cleantech also competes in a commodity market, which means that the only differentiator for mainstream consumers is price. A kWh coming from solar or wind looks the same to the end user as one generated at a coal or natural gas plant. Therefore, even with commercial success, cleantech companies are stuck selling at, or close to, the marginal price of electricity. That leads to a risk-reward profile that few private investors are willing to accept, and can result in “valleys of death” where companies fail to find the funds to continue.

Governments have identified those valleys as places where they can fix market imperfections and foster innovation. For instance, the U.S. Department of Energy (DOE) has funding available to de-risk projects and “bridge” the valleys of death, such as the loan guarantee program that helped Tesla start manufacturing initially. Even more recently, the state of Nevada has committed to investing in Tesla’s bid to move batteries up the learning curve; with help from $1.3 billion in state tax breaks, the company’s “Gigafactory” will double the world’s battery capacity. Mr. Eggers believes that kind of scale will help Tesla achieve 30-50% cost reductions for lithium-ion batteries. A drop in price of that magnitude would definitely be disruptive. Imagine the applications that could be possible if we were able to store electricity on a large scale, it is the type of “what if” people have been posing for years.

Unfortunately, the government’s role in supporting various technologies is often criticized by shortsighted critics in both the United States and abroad. Critics easily forget that established energy technologies all received similar government support early on in their lives. Even the much-hyped shale boom was catalyzed by DOE researching reducing the 300% premium that horizontal drilling required in the 1980s. By helping energy cleantech overcome inertia, governments are investing in technologies with the potential to drive economies decades into the future.

For renewables, “crossing the chasm” between early adopters and those in the mainstream requires being as cheap as conventional generation. Thanks largely to the gains that wind and solar have made on their respective learning curves, renewables are heading toward grid parity. In fact, there are indications that wind is already cheaper than conventional generation in some markets. However, those gains were not without large government investment to entice business into the space. In the coming years, I am willing to bet that we will look back on those investments as money well spent.