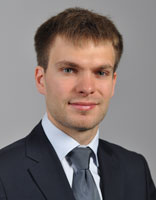 This article was written in response to a seminar given by Shawn Heath, Vice President and Chief Sustainability Officer for Duke Energy Corporation, in an EDGE Seminar on Sept. 17, 2014 at Duke University’s Fuqua School of Business. This article voices one student’s perspective and does not necessarily represent the views of either Duke University or Duke Energy Corporation.

Over the years, scientific studies have left little room for doubt regarding the reality of climate change and its human causes. Despite what some people might say, this is not a controversial issue; even reports by ExxonMobil admit the existence of climate change “including climate change that may result from anthropogenic causes.”

What remains unknown is the actual impact—both local and global—of the climate change. The more we have discovered about climate mechanisms this last decade, the more uncertain we have become about how important these impacts will be. In other words, we are not able to predict what will really happen to us if temperatures keep rising.

In this context, energy companies are facing huge uncertainties and risk management has thus become the cornerstone of decision-making throughout the industry.

Three years ago, Tennessee Valley Authority released an analysis of resource plan costs and financial risks for five strategies towards energy production. It concluded that one of the less costly and risky strategies was focusing on renewable energies and energy efficiency.

What about Duke Energy? This company is the second largest CO2 emitter in the U.S. – and probably among the top 10 emitters in the world. These emissions are mostly caused by Duke Energy’s numerous coal power plants.

From 2005 to 2014, the percentage of Duke Energy’s generation portfolio that comes from coal-produced electricity has dramatically dropped. From 55% in 2005, it is now “only” 38%. In the same time, natural gas-produced energy has increased from 5% to 24%, while nuclear’s percentage has remained almost constant. And renewable energies? In ten years, these have skyrocketed from 1% to an incredible 3%. (These figures are for Duke’s regulated utility portfolio only.)

The question I keep asking myself is: Given that the future of our planet is on the line, should we be satisfied with these numbers? Don’t we have the right to expect – more?” While it’s true that natural gas-powered plants have lower CO2 emissions than coal-fired plants, shifting from coal to gas is simply not enough. The only acceptable outcome should be to increase dramatically either renewable energy production or nuclear energy production.

In fact, the words “climate change” appear only one time in the 36-page long Duke Energy’s sustainability report. The company admits that this is “an important issue” and adds that Duke Energy is willing to support “reasonable” policies which won’t impact “our ability to provide affordable and reliable electricity.”

Sacrificing affordability for a stable climate

It’s clear that Duke Energy is not the only climate change stakeholder in the U.S. Moreover, this company has to deal with growing demand, increasing price competition, changing technologies, and new regulations. Duke Energy even released a short game in which the payer has to balance cost, demand response, and CO2 emissions reduction. I played this challenging game for almost one hour and I was only able to meet two of the three goals.

But no matter how complex the problem might be, something is going wrong – deeply wrong – when one of the world’s largest CO2 emitters remains barely moved on this issue over almost a decade. Choosing between raising energy prices in the U.S. and preserving the future of our planet shouldn’t be that difficult.

The question we should ask ourselves is, “Are the risks high enough to really fight against climate change?” To this question, elementary foresight should make us answer yes. Everything else is secondary.