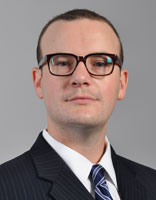 This article was written in response to a seminar given by Shawn Heath, Vice President and Chief Sustainability Officer for Duke Energy Corporation, in an EDGE Seminar on Sept. 17, 2014 at Duke University’s Fuqua School of Business. This article voices one student’s perspective and does not necessarily represent the views of either Duke University or Duke Energy Corporation.

During a seminar at Duke University on Sept. 17, Vice President and Chief Sustainability Officer of Duke Energy, Shawn Heath, discussed the benefits of the shale gas revolution in the United States, including emissions reductions in the shift away from coal and fuel diversity for electric power companies. He noted that utilities and other consumers of natural gas must be cognizant of the risks from potential future regulation of upstream development of natural gas. I would argue that increased regulation is, however, only one in a set of complex risk drivers that utility companies must examine amid their dramatic shift toward natural gas. These drivers include security of natural gas supply, pricing volatility, and regulatory uncertainty. Without an integrated approach to mitigating such risks, utility companies could leave themselves open to increased costs and consumer backlash.

As utilities like Duke Energy become increasingly reliant on natural gas in their generation portfolios, they increase the risk of fuel supply disruptions due to infrastructure limitations.

According to the U.S. Energy Information Administration, natural gas-fired plants are projected to make up 73% of generation capacity additions until 2040, at which point such assets will produce 43% of U.S. electricity. Such natural-gas fired plants typically do not store fuel onsite, relying on “just in time” delivery contracts. This contrasts with coal-fired plants and nuclear plants which typically store enough fuel onsite for two months and two years of operations, respectively. Due to persistent strains on pipeline infrastructure, particularly in the Northeast, and the growing demand from the power sector, it is possible that utilities will face challenges in meeting reliability requirements in the summer and winter months. With more natural gas plants being shifted from peaking to base load operations, moreover, electric power companies like Duke Energy must assess the fuel supply risks inherent in the shift toward natural gas.

In addition to these supply constraints associated with power plant design and infrastructure, price volatility for natural gas could emerge as a significant risk for power generators. Many analysts predict Henry Hub prices for natural gas to remain around $4.00/MMBtu for the next decade. While it is difficult to reject such assertions, one must not lose sight of the emerging levers for volatility that could affect natural gas prices quickly and dramatically. Increased demand from U.S. chemical companies and liquid natural gas (LNG) exporters should gradually increase prices in the near-term. The lag in pipeline capacity expansion could exacerbate this trend, particularly in the Northeast. At the same time, the U.S. Department of Transportation has recorded an increase in both the frequency and property damage impact of natural gas transmission incidents over the past five years. As natural gas markets become more globalized due to the rise of U.S. LNG exports and the phasing out of oil-linked pricing contracts, Henry Hub prices will become more susceptible to shocks from abroad. All of these risk drivers might interact with each other in complex ways; for example, a pipeline explosion in the Northeast occurs just as new LNG export facilities come online, pushing up prices for natural gas in the Southeast. Such complexity necessitates sophisticated models to properly hedge against future risks at a time when volatility appears to have disappeared from the market.

Another source of price volatility for both the exploration and transportation of natural gas could emerge from government regulation. Flaring of natural gas produced from fossil fuel wells is a potential flashpoint for increased government regulation because the practice produces environmental externalities and deprives royalty holders of contractually specified payments. Environmental organizations have lobbied the Federal government to impose regulations on fugitive wellhead emissions of methane, a more potent greenhouse gas than carbon dioxide. Given both the dramatic expansion of natural gas production and the Obama administration’s push to use Environmental Protection Agency (EPA) authority under the Clean Air Act to regulate power plant emissions, it is possible that the Federal government could turn its focus to fugitive methane emissions before the next Presidential election in 2016. The EPA, moreover, is expected to release a comprehensive report on the effects of hydraulic fracturing on drinking water resources later this year. All three of these potential areas for regulation—flaring, fugitive emissions, and hydraulic fracturing—present risks to downstream consumers of natural gas by placing upward pressure and volatility drivers on market prices.

While the dramatic expansion of shale gas in the U.S. offers significant opportunities for American industry in terms of reduced input costs and increased security of supply, over-reliance on this particular fuel source presents significant risks to electric power companies such as Duke Energy. “Just in time” delivery contracts and pipeline capacity constraints could strain utilities’ ability to maintain reliability at times of peak demand. Increased demand, strained infrastructure, and globalized markets could drive price volatility for natural gas in the medium- and long-term. Increased Federal regulation of natural gas exploration and transportation could, moreover, raise costs for both producers and consumers of natural gas.

All three of these risk factors overlap and interact with each other to present electric power companies with a challenging environment in which to deliver electricity reliably to consumers. Indeed, utilities like Duke Energy would be wise to address these problems through risk management and resource planning in order to avoid higher fuel costs which must necessarily be passed along to consumers.