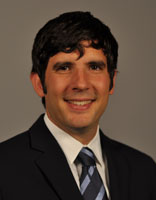 This article was written in response to a seminar given by Brad Kitchens, CEO of ScottMadden, in an EDGE Seminar on Oct. 1, 2014 at Duke University’s Fuqua School of Business. This article voices one student’s perspective and does not necessarily represent the views of either Duke University or ScottMadden.


Brad Kitchens, the CEO of utilities-focused consultancy ScottMadden, recently visited the EDGE Seminar to share his perspective on electric utilities. His most valuable contribution to the class was the introduction of scenario planning, which he described as “plausible storytelling.” Teams of economists at BP and Shell use scenario planning to powerful effect in their energy outlook publications. Kitchens uses the technique to help leaders in the power industry envision what the future might hold and to help them prepare accordingly. He gave our class such a chance by separating us into four groups, each tasked with imagining scenarios from the perspective of an investor-owned utility executive. Scenarios ranged from economic and technological stagnation to a blossoming of energy technology.

My group was lucky to receive the latter assignment, imagining a rosier future. Sadly, to enable that future, we had to make the counterfactual assumption that public utilities commissions across the country would be willing to restructure ratemaking to allow utilities to benefit from growth in distributed energy resources (DERs). This is currently not the case, and so most regulated utilities find themselves in a position of antagonism toward DERs.

These utilities are only acting rationally given the rules of the game they play. Public utilities commissions (PUCs), along with federal regulators including the Federal Energy Regulatory Commission (FERC) have the responsibility to set the rules of that game so it operates in the public interest. That interest should include sustainability, but most PUCs are currently more focused on keeping rates low to appease vocal constituents like the AARP.

Some hope on the horizon

There are glimmers of hope for utility rate reform. Partly spurred by the system failures highlighted by Superstorm Sandy, the New York Public Service Commission (NYPSC) has begun a regulatory proceeding, “Reforming the Energy Vision,” that proposes ways for utilities to profit from DER proliferation. Its core proposal is for utilities to act as “Distribution System Platform Providers” (DSPPs), offering them the appealing Silicon-Valley-style proposition of “owning the platform.” Now, utilities don’t just have to be distribution wire hall monitors. Instead, they can be eBay, profiting from the activities of participants across their market.

Another hopeful framework is that put forth by Rocky Mountain Institute’s eLab, a convening of dozens of leading stakeholders from across the electricity space. RMI’s Matt Lehrman describes in a blog post how the net metering debate, the most frequent topic into which multi-stakeholder conversations about DERs devolves, is a red herring. What’s really needed, according to Lehrman is a full overhaul of retail rates. Lehrman and RMI colleagues released a refreshing perspective on the issue with the recent release of “Rate Design for the Distribution Edge.” The report proposes utility customers be given the opportunity to select rates that are more granular with respect to time, location, and grid attributes such as energy, capacity, ancillary services and other components. Such an “unbundling”, moving away from the simple volumetric pricing model defining most of the country’s utility bills, is a step in the right direction toward a more resilient, sustainable grid.

Another promising model that utilities have yet to fully capitalize on is Performance Based Ratemaking (PBR). Under PBR, PUCs set a performance standard with accompanying incentives for performance and penalties for nonperformance. PBR can be used to compensate utilities for resilience, peak shaving and efficiency measures gained via DERs.

All of these new visions – DSPPs, unbundled rates, and PBR – require PUCs to be bold and brave. These are, unfortunately, not words most of us associate with PUCs. But these town-hall-democracy entities can be influenced by ordinary citizens attending PUC meetings and raising their voices. Ratemaking is an intensely local process, but its ramifications are global in that sustainability-focused utility rates are a powerful lever to fight climate change. As a survivor of the 2009 battles to enact sweeping federal climate legislation, which pinned all hopes on a solution from on high, I am stunned by the local-ness of this potent climate solution. I’ll see you at the next PUC meeting.