EPA’s Clean Power Plan: Why states should use mass-based goals 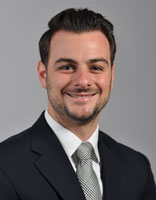 This article was written in response to a seminar given by Rebecca Kujawa, Vice President, Business Management at NextEra Energy Resources in an EDGE Seminar on Sep. 30, 2015 at Duke University’s Fuqua School of Business. This article voices one student’s perspective and does not necessarily represent the views of either Duke University or NextEra.

Rebecca Kujawa, Vice President of Business Management at NextEra Energy Resources, shared with our class a presentation on the Clean Power Plan sections 111(b) and 111(d), which give the EPA the authority to regulate CO2 emissions from existing and new electric generation units (EGU). Under this plan, the EPA allows for each state to select whether it will implement emissions reductions on a mass basis (measured in tons of CO2) or on a rate basis (measured in pounds of CO2 per megawatt hour). I believe that not only should the EPA select one system across all states, but that the mass-based system is more effective at combating global warming.

It’s not sufficient to simply produce energy more efficiently if overall CO2 emissions continue to rise. Since a rate-based system would not cap overall emissions, it would allow for load increases. In addition, electric generating units (EGU) require modeling to predict future generation. States would be incentivized to use models that predict inflated generation numbers, which would lower compliance costs.

Meanwhile, there are critical milestone levels of CO2 emissions in the atmosphere that will irreversibly change our lives and exacerbate unpredictable extreme weather. We just the reached the 400 PPM critical milestone in May of 2015, which climate scientists have said will likely create a dangerous cycle of climate instability.

Accounting for CO2 emission reductions from energy efficiency projects, demand response initiatives, smart grid technologies, and consumer behavioral changes outside of the EGUs is extremely difficult with a rate-based system. There are many direct and indirect ways to reduce CO2 emissions outside of the EGUs that a state can focus on. Using smart grid technologies including conservation feedback systems, deployment of diagnostics, and advanced voltage control, a state can potentially reduce its carbon intensity in the electricity sector directly and indirectly by 12% and 6%, respectively.

Consistency is needed among states to enable an effective trading market

Simplifying a new and complex system is the most effective way to level the playing field and keep states accountable for emissions reduction goals. Ten states have already signed up for the mass-based system. A mass-based system would significantly reduce the complexity of multi-state carbon trading markets because a “ton is a ton,” whereas rate credits would be difficult to trade as each state will have different restrictions for what qualifies as a rate-based reduction. By creating a single metric to trade on such as a ton of CO2, I believe that it will create a more robust carbon trading market with lower transaction costs.

Overall, there are clear advantages to a mass-based versus a rate-based system including constraining total emissions, accounting for direct and indirect carbon reductions outside of the EGUs, and simplifying carbon trading to reduce transaction costs. So why is there even a debate? The problem is that the EPA has not provided sufficient support for states to translate the goals from a rate-based to a mass-based system. As a result, the states are currently allowed to use subjective measure to make the conversion. In addition, since these conversions are costly, many states may opt out of making the conversions and simply stick to the rate-based system. In order for a CO2 reduction system to work properly, the EPA needs to not only provide guidance to the states, but it should also translate each goal to mass-based or provided a consistent methodology for this conversion.