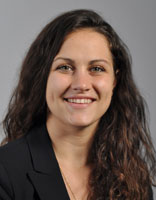 This article was written in response to a seminar given by George Baker, Publisher of Mexico Energy Intelligence and Patrick Duddy, Director of the Center for Latin American & Caribbean Studies at Duke University in an EDGE Seminar on Oct. 7, 2015 at Duke University’s Fuqua School of Business. This article voices one student’s perspective and does not necessarily represent the views of either Duke University or the seminar speaker.

Latin America has a long history of expropriations and liberalization of the oil industry in the last century, and the recent liberalization of the oil industry in Mexico is just one example of industry reforms driven by both economic and political motivations. There are clear correlations between the parties in power and the decision to nationalize oil, but were there other factors at play in Mexico’s case?

President Enrique Peña Nieto came into office in 2012. He is a member of the Institutional Revolutionary Party (PRI), which is a change from the previous 12 years of presidents from the National Action Party (PAN). While it could appear that the change in policy about international investment reflects the change in political party in power, I would disagree because of the similar conservative economic agendas both parties profess. PRI, while a member of Socialist International, is a centrist party with a focus on neoliberalism and privatization. Similarly, PAN also touts conservative economic principles of free enterprise, small government, and privatization. In the case of Mexico, larger macroeconomic factors were in play that impacted the decision to liberalize the industry.

Using the case of Venezuela, we can shed some light on how oil prices affect the cost/benefit analysis of countries in regards to nationalization of oil companies. In the 1990’s, low oil prices coupled with investment needs required the Venezuelan government to open the oil industry to global investment. Venezuela has the largest oil reserves in the world at 297.7 billion barrels of proved reserves. Venezuela faced a unique challenge in that most of its oil was in the Orinico Belt, the largest accumulation of heavy oil. Heavy oil is harder to process and refine than normal crude oil, which required a higher level of technical expertise.

Oil exploration and extraction require huge upfront costs to build the infrastructure necessary for extraction, refining, and transportation. Two things result from this: 1) the economics of investment look significantly less attractive during times of low oil prices, 2) the effects of declines in investment are often not felt for many years. In Venezuela’s case, low oil prices were even more problematic because of the relatively higher cost of refining heavy crude. In 1996, PDVSA, the national oil company in Venezuela, made up 78% of Venezuelan exports, 59% of government revenues, and 26% of the nation’s GDP. In order to offset low prices and maintain similar levels of revenue for government programs, production needed to increase. The opening of the oil sector in Venezuela led to significant increases in production to one million barrels per day.

Flash forward to 2005 when President Chavez began expropriating oil companies. At the time oil prices had more than tripled from their lows in the mid-1990s and expropriation became irresistible. Similar stories occurred in other Latin American countries including Bolivia, Argentina, and Ecuador. Is Mexico’s opening a result of the dramatic decline in oil prices in the past 18 months? Oil prices could be one factor that precipitated the political change; however, they were signed into law in December 2013, when Brent crude oil prices were still over $100 per barrel.

While prices clearly alter the economics of investment, the decline in production necessitated the opening of the oil industry. Similar to Venezuela, oil revenues make up a significant portion of the government’s income (33% in 2011). This, however, was almost a 20% decline from 2005, when oil and gas revenues were 41% of government income. This is directly correlated with the decline in production of the Cantarell oil field.

In 2005, production began to decline rapidly. Greater technological complexity is needed to extract the marginal resources in wells, which required significant expertise and investment. In the case of Mexico, that expertise did not exist domestically. The decline in government income increased the strain of implementing government programs.

Not only did the lack of revenues from the oil extraction facilitate the opening of the industry, but also relatively weak economic performance as a whole. Opening the oil industry was a move to catalyze growth overall. The opening prompted Moody’s to increase Mexico’s credit rating to a3. The higher rating allows Mexico to access money at cheaper rates, facilitating spending and investment. The increase in the credit rating illustrates a vote of confidence in Mexico. As a result, the Mexican Peso strengthened immediately after the announcement. Analysts also project that GDP will grow by at least one percentage point more annually as a consequence of these reforms.

Latin America has experienced a roller coaster of political and economic changes that have influenced the treatment of international oil companies. While the lack of technical expertise is critical in the decision to open the oil industry in Mexico, there are other factors in play that in conjunction made it necessary for Mexico to allow foreign investment. It still remains to be seen if the opening will be successful or if foreign oil companies are wary of investing due to fears of future expropriation.