Leadership in practice: Creating an entrepreneurial career in the oil and gas industry 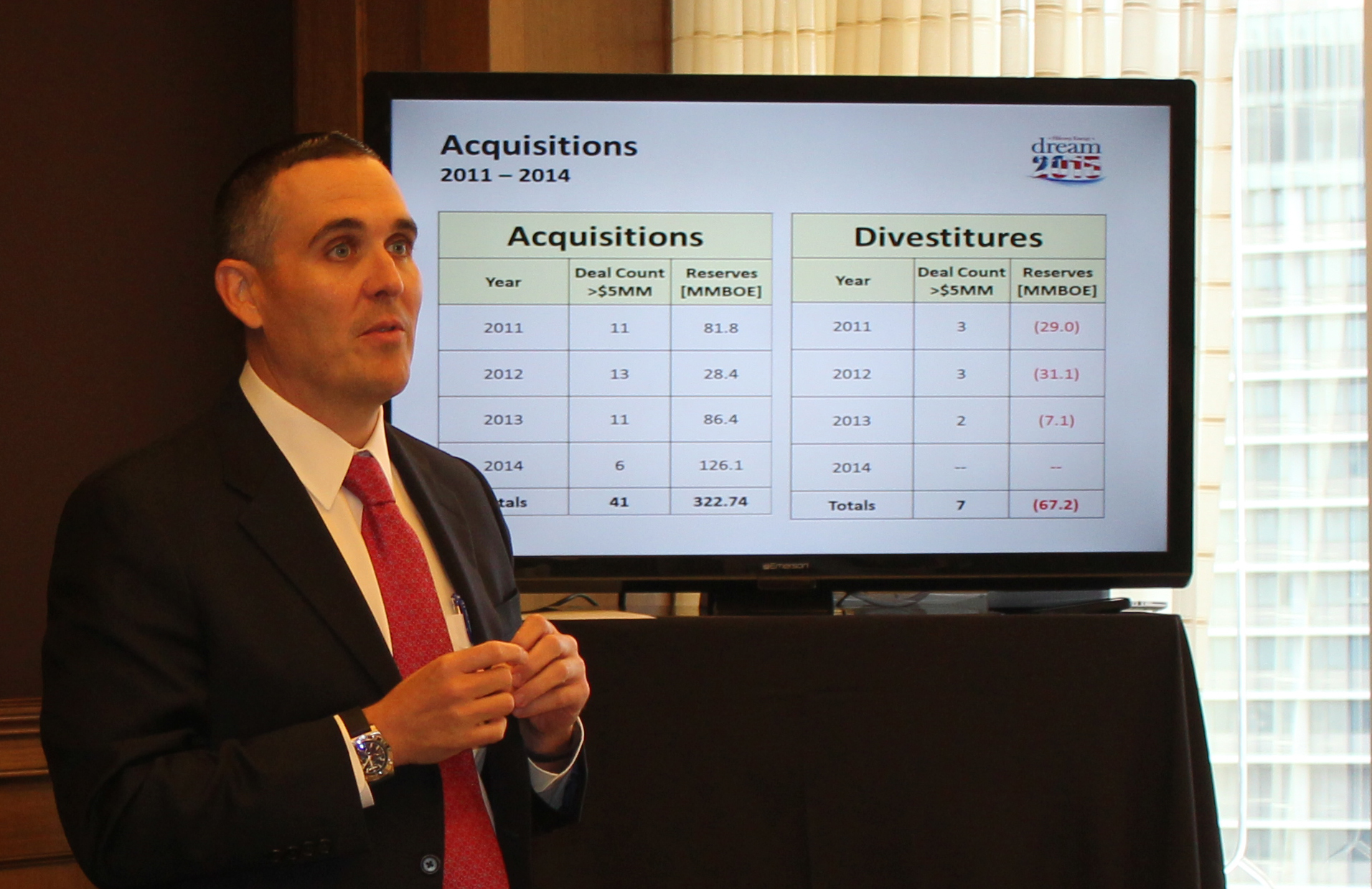 How can MBAs build a consequential career in a volatile and technically complex industry like oil and gas? What does it take to become a leader? While leadership can take many forms, Fuqua alumnus Jason Rebrook (CCMBA ’02), Executive Vice President at Hilcorp Energy Company, cautions students not to move too fast in today’s world of instant gratification. Recently, Dr. Dan Vermeer of Fuqua’s Center for Energy, Development, and the Global Environment (EDGE) sat down with Rebrook to discuss his career path, and consider his advice to young leaders: work hard, love what you do, and ground your leadership on technical ability and diverse experiences.

Humble beginnings and a strong base

College was not a given where Rebrook grew up, a small mining and factory town in West Virginia. His perseverance paid off in high school; he graduated in the top of his class and attended Marietta College, where he studied petroleum engineering. “Petroleum Engineering is a unique degree. I didn’t have interest in the coal industry, but I had interest in the oil industry. It is technically challenging, very international, and I liked the idea of being able to move around and work on big projects.” Rebrook was intentional about getting a well-rounded education in college. “I took philosophy, religion, history and speech. Having a broader background helps to prepare you as an employee, and definitely as a leader.”

Love what you do

Rebrook’s hard work and ability launched him into a rewarding career with Chevron, including positions abroad in Nigeria, one of Chevron’s largest business units. After completing an MBA with Fuqua’s Cross Continent program, Rebrook worked offshore managing a Deepwater platform, and served as business unit planning manager in Nigeria. While at Chevron, he developed a strong technical skillset in production engineering, reservoir engineering and project management. Rebrook’s career flourished, as he learned the basics of the industry and succeeded in challenging environments.

A storm was brewing at home, however, and in 2005 Rebrook witnessed Hurricane Katrina from afar. “[Nigeria] was a highly dynamic job in a challenging location, but in the midst of that I had one of those moments of ‘What am I doing?’” he says. “Hurricane Katrina hit New Orleans while I was abroad, and my wife was eight months pregnant with our second child back home.” While Rebrook’s family evacuated with a neighbor, he struggled to reconcile the fact that he could not be there for his family when they needed him. “It took me two days to get back to them. That makes you take a step back and ask what’s really important.”

“There are three things you need to know to be highly effective: do you like what you’re doing, do you like who you work with, and are you compensated fairly? If you can balance those three, you will be a very effective leader.”

Upon returning home after Hurricane Katrina, Rebrook decided to shift away from the oil and gas industry, and joined GE Capital to work on mergers and acquisitions. “To be honest, I always wanted to be a ‘deal guy’ then ultimately move into a CEO role.” At GE Capital, Rebrook grew his skill set, working on the economic evaluation of assets and valuing deals through financial modeling. He learned the other side of “doing a deal” as well: negotiating the agreement. “I cannot tell you how valuable those experiences have been for me,” he says.

While at GE Capital, Rebrook was introduced to Hilcorp Energy Company, a privately owned oil and gas company that specializes in profitably developing oil and gas fields that have been discarded by other major oil companies. Rebrook was recruited to expand Hilcorp’s oil and gas portfolio and lead Hilcorp’s negotiations in acquisitions with companies like Chevron, Marathon and BP. “One of the areas we were interested in was Alaska, so once we found an opportunity there to buy Chevron’s Alaska assets, we moved on it.” In addition to operating efficient drilling operations, Hilcorp plays an active role in making sure the lights are on and houses are warm for thousands of Alaskan families.

A key element in Hilcorp’s success is its company culture, which Rebrook works hard to uphold as a senior leader of the company. “Hilcorp is a very technical company, and we are all working executives.” The firm has adopted an open book management policy, through which company management communicates company performance transparently to all employees. Employees have tremendous autonomy as well as shared accountability for Hilcorp’s success. To motivate everyone in the company, Hilcorp’s leadership has rewarded all employees with $50,000 vouchers for hitting growth targets, and just this year delivered $100,000 bonuses to all employees (prorated for time of service) for continuing their rapid growth. This incentive program is unique in the industry, and has helped place Hilcorp on several “Best Places to Work” lists nationally. For Rebrook, the open book approach is a natural fit. “In larger companies, they don’t tell employees everything because it might have a negative connotation. If you ask an employee in a larger company—what’s your monthly profit?—they may not know.” At Hilcorp, everyone thinks like an owner, is rewarded for success, and has the information to make good decisions.

Advice from the top: Don’t move too fast

“A lot of people want to get into the energy field now,” Rebrook says. “It is a very popular field.” Rebrook mentions that the oil and gas industry is teeming with good petroleum engineers, but “one thing that is missed a lot in our industry is the ability to merge good technical understanding with good leadership ability.” This involves a broad understanding of what makes businesses operate efficiently, including the core education MBA students receive at Fuqua.

“Personally, I think you need to be really good at something to be an effective leader… In today’s world, it is so complicated that you need to understand something in depth and you can expand from there.”

“Many students come to me and want my job—but it doesn’t work that way. I tell them to first find a company that they like, then get really good at something and expand your skill set out from there. There are three things you need to know to be highly effective: do you like what you’re doing, do you like who you work with, and are you compensated fairly? If you can balance those three, you will be a very effective leader.” Rebrook clarifies that this is a tough balance to strike. “It will take… time to figure out what you are really passionate about. But when you find that thing, you will make yourself good at that skill set.” For Rebrook, his career path led him from engineering to deal negotiations, a transition that required a lot of passion for the energy industry and hard work to be effective.

Rebrook challenges the traditional advice to being a consequential leader. “For a long time, the advice was all about becoming a generalist and moving fast; that is how you become a leader. But personally, I think you need to be really good at something to be an effective leader… In today’s world, it is so complicated that you need to understand something in depth and you can expand from there.” Rebrook’s career demonstrates that there are no shortcuts, but hard work, focus, and long-term commitment can create exciting opportunities for energy entrepreneurs.