Yieldcos: Not a Ponzi scheme, but risky nonetheless 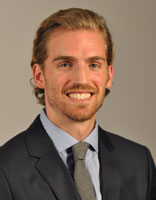 This article was written in response to a seminar given by Brian Bolster, Global Head of Power and Infrastructure Investment Banking, Goldman Sachs at Duke University in an EDGE Seminar on Nov. 18, 2015 at Duke University’s Fuqua School of Business. This article voices one student’s perspective and does not necessarily represent the views of either Duke University or the seminar speaker.

Brian Bolster, Global Head of Power and Infrastructure Investment Banking at Goldman Sachs, recently came to speak at the EDGE Seminar about yieldcos and how Goldman Sachs has implemented this new financial vehicle to support the growth of renewables in the past decade. Brian gave a brief overview of how yieldcos came into existence and then spent some time describing the current environment as well as the potential future of this industry. He did not offer a firm stance on the future of yieldcos amid the recent turmoil in this part of the financial market, but his viewpoints would lead one to believe that Goldman Sachs expects to remain a player in this part of the power industry.

While Brian’s cautiously favorable view on yieldcos might be a result of his firm’s desire to leverage them for future projects, I believe that yieldcos are an unsustainable financial vehicle that for a short period of time aligned the motives of the financial markets with that of the power companies and renewable energy enthusiasts. Similar to the melodramatic tone of the phrase “utility death spiral,” it would also to be a stretch to say that yieldcos are a Ponzi scheme, as critics have argued. Just as “utility death spiral” points out issues that call into question the long-term sustainability and viability of the utility business model, the criticism of the yieldco business model as a Ponzi scheme points out that the vicious cycle of aggressive growth and investment needed to sustain this type of business model are questionable given potential market risks.

The first potential market risk that threatens to undermine the yieldco business model is the expected rise of interest rates. The yieldco business model is predicated on the fact that the cost of capital is low given the low interest rates which allows them to float more debt and equity to continue their aggressive growth through projects acquisitions. Yieldcos must grow in order to continue to pay out 80-85% of their cash flow for dividends not to mention these dividends are expected to grow year over year. Without the ability to finance new projects using cheap debt, it would be difficult to grow dividends, so investors would want a better yield, and all of a sudden, a yieldco finds itself in a vicious cycle of growing dividend yields and declining stock prices. The Motley Fool, a leading investment insight provider, pointed out the example of SunEdison which highly leveraged its yieldco TerraForm Power and now “must force projects down to Terraform to remain solvent.” If interest rates start a long-term trend of increasing, will SunEdison acquire projects under unfavorable terms to sustain this business model that requires aggressive growth year over year? Where was the foresight to realize what seems obvious to the general public: that low interest rates won’t last forever?

While low interest rates certainly played a role in the growth of yieldcos, it’s also important to dissect the meaning of growth when considering the long-term sustainability of the yieldco business model. Bolster posed the question as to whether or not yieldcos’ growth over the past decade has been manufactured growth or organic growth. Given the fact that yieldcos pay out the majority of their dividends, a valid follow up question would be: what money is left over for organic growth?

In addition, these high dividends are only possible because yieldcos protect their cash flow with the tax shield created by the accelerated depreciation of their assets. While most companies take advantage of accelerated depreciation for tax purposes, they don’t tend to rely on building new projects every year in perpetuity to maintain their tax shield for growth purposes. This type of growth seems to qualify as manufactured growth because it presents the chicken-and-egg dilemma in which growth can’t happen without investment yet investment won’t happen without growth. This idea is reinforced by the fact that investment has fallen off recently for yieldcos as their expansion has slowed and their stock prices have plummeted.

Project diversification and transparency are missing

The yieldco business model is also in jeopardy given its need for greater diversification and transparency in order to attract more investment as market conditions begin to tighten and more competitors emerge. The rapid growth of yieldcos over the past decade has lead to an overwhelming amount of project acquisitions that makes managing them very difficult. This difficulty can lead to oversight from the parent companies, which then results in additional risk premiums from the financial markets for their investment. Transparency can be achieved by making more project data available in an organized fashion to the financial markets, and diversification can be gained by acquiring energy assets that aren’t exposed to the similar industry risks. The issue is that both transparency and diversification require organizational efficiency which is a quality rarely used when describing the renewable energy sector especially when referencing yieldcos, as Haresh Patel, CEO of Mercatus, Inc. has pointed out. A yieldco’s ability to be a more efficient and streamlined organization will test the limits of its business model, but yieldcos must be successful if they hope to continue their growth through market investment.

Brian Bolster’s presentation on the yieldco business model provided information that nullifies the claim that yieldcos are a Ponzi scheme, but at the same time, it’s fair to ask if there is a sustainable future for this popular financial vehicle in the renewable energy industry. It can be hard at times to evaluate the facts on the ground given that many people including myself are excited about the expansion of wind and solar, and there’s no doubt yieldcos have helped make this growth possible. Banks have also fueled this growth by making commitments like Goldman Sachs has to invest $40 billion in renewable energy and therefore have much to gain by supporting yieldcos. Despite the desire and incentives to grow the renewable energy sector, it’s important to objectively evaluate the yieldco business model, and factors such as rising interest rates, aggressive growth requirements, and organizational inefficiencies can not be ignored when determining the long-term sustainability of this model. I believe that renewable energy is the future of power generation, but I question the ability of yieldcos to deliver this future in the long term as well as the short term.