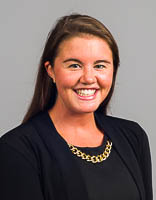 This article was written in response to a seminar given by Doug Parks, Vice President of Autonomous Technology and Vehicle Execution at General Motors (GM), in an EDGE Seminar on Nov. 1, 2017 at Duke University’s Fuqua School of Business. This article voices one student’s perspective and does not necessarily represent the views of either Duke University or the seminar speaker.

An important global trend (and common theme from our speakers in the EDGE Seminar class this Fall) has been the increasing need to plan for the inevitability of rapid urbanization. According to the UN, about 54% of the world’s population currently lives in cities, and this number is projected to increase to 67% in the next 15-30 years. There are 29 megacities in the world—cities with over 10 million inhabitants—and experts predict this to increase to at least 41 cities by 2030.  The overwhelming data around urbanization trends forces businesses, governments, and leaders to develop innovative solutions to address the ripple effect that this migration will create. As we heard from Doug Parks, VP of Autonomous Technology at General Motors, it’s clear that GM understands the importance of foreseeing these trends and is actively working to innovate accordingly.

As we continue discussing how to build infrastructure to support this mass move into cities, I could not help but recall the themes that Jane Jacobs provided in her book The Death and Life of Great American Cities (1961), where she outlines the key components of successful urban areas. I would like to focus on one of her main points, which emphasized urban planning that keeps pedestrians as the most important factor of successful cities. She advocates for larger sidewalks to promote increased mobility and safety for city dwellers, especially for families and children. By replacing driving street area with walking streets or sidewalks, there is increased movement and casual interactions with neighbors. Safety for children to play on the sidewalks and more room for people to move allows for a greater sense of community within a city.

Following this point, Jacobs suggests that attrition of cars is the answer to successful city planning. By designing cities that decrease the demand for cars, through both increased walkability and accessibility to public transit, we can use new found space, once used for driving and parking, for green space, parks, and pedestrian gathering. These ideas around building livable, safe, and communal areas within cities will be incredibly important as more and more people move to urban areas.

It’s clear that Jacobs was radically ahead of her time when it came to urban planning. As I listened to GM’s vision to create the future of mobility, I envisioned Jacobs’ ideas coming to life—specifically, the opportunities for autonomous technology to directly solve problems with vehicular congestion in cities and the need to rely on cars for mobility.

Building upon Jacobs’ vision, autonomous technology could allow for cars to be parked in designated areas in a certain part of the city—away from city centers and areas where pedestrian traffic is heavy. When a car is needed, it could be called from the designated parking area and drive itself to where its owner lives (or, if a ride-share vehicle, where a rider needs to be picked up). This would immediately decrease the number of idle parked cars within the city, decrease the need for street parking spaces and allow cities to expand sidewalks for walking or green space. As Doug Parks mentioned, there are on average 3.5 parking spots per 1 car in urban areas. Imagine the possibilities if we could decrease that average to 1 or 2 parking spots per car. Pedestrian safety would also increase exponentially, given the decrease in human error with autonomous vehicles, and increased walking space for pedestrians. Overall, increasing the quality of life for urban dwellers will be a key component of city planning during this urbanization trend, and autonomous technology can play a large role in facilitating this successfully.

Ensuring equity in transportation access will be a challenge

However, it would be unwise to not also consider negative externalities that may occur with this radical shift in culture and infrastructure. At first glance, accessibility and affordability are areas of concern, as mobility in any city should be a public good. How are we supporting infrastructure and technology that benefit all, not just those who can afford it? Important to this conversation is public transit planning, which could also benefit from autonomous technology, but also must be improved so that these megacities are not built upon gentrification because of technological advances.

To avoid this pitfall, General Motors should work closely with governments and city officials to ensure that public transit, in light of the urbanization trend, innovate at a similar rate as their autonomous personal transit. Additionally, they should not overlook the 40% of people that will not live in cities, some of whom will need to commute into the city for work. The ripple effect of autonomous technology must take into account the big picture of those people who are impacted by this change, and must proactively provide solutions to successfully execute this transition. Lastly, if autonomous technology does become normative, how will those who lose their jobs, like a public transit operators, school bus drivers, and taxi drivers, be supported through this transition? The execution of these ideas using autonomous technology must also consider the lives and people that are affected both positively and negatively by new technological advances.

To conclude, autonomous technology provides a future of possibilities that have the potential to increase mobility, safety, and quality of life for both urban and non-urban inhabitants. By using Jane Jacobs’ models for developing safe cities, autonomous technology leaders at GM must consider the positive and negative ripple effects that may occur, and how they can proactively address potential problems to achieve mobility for all.