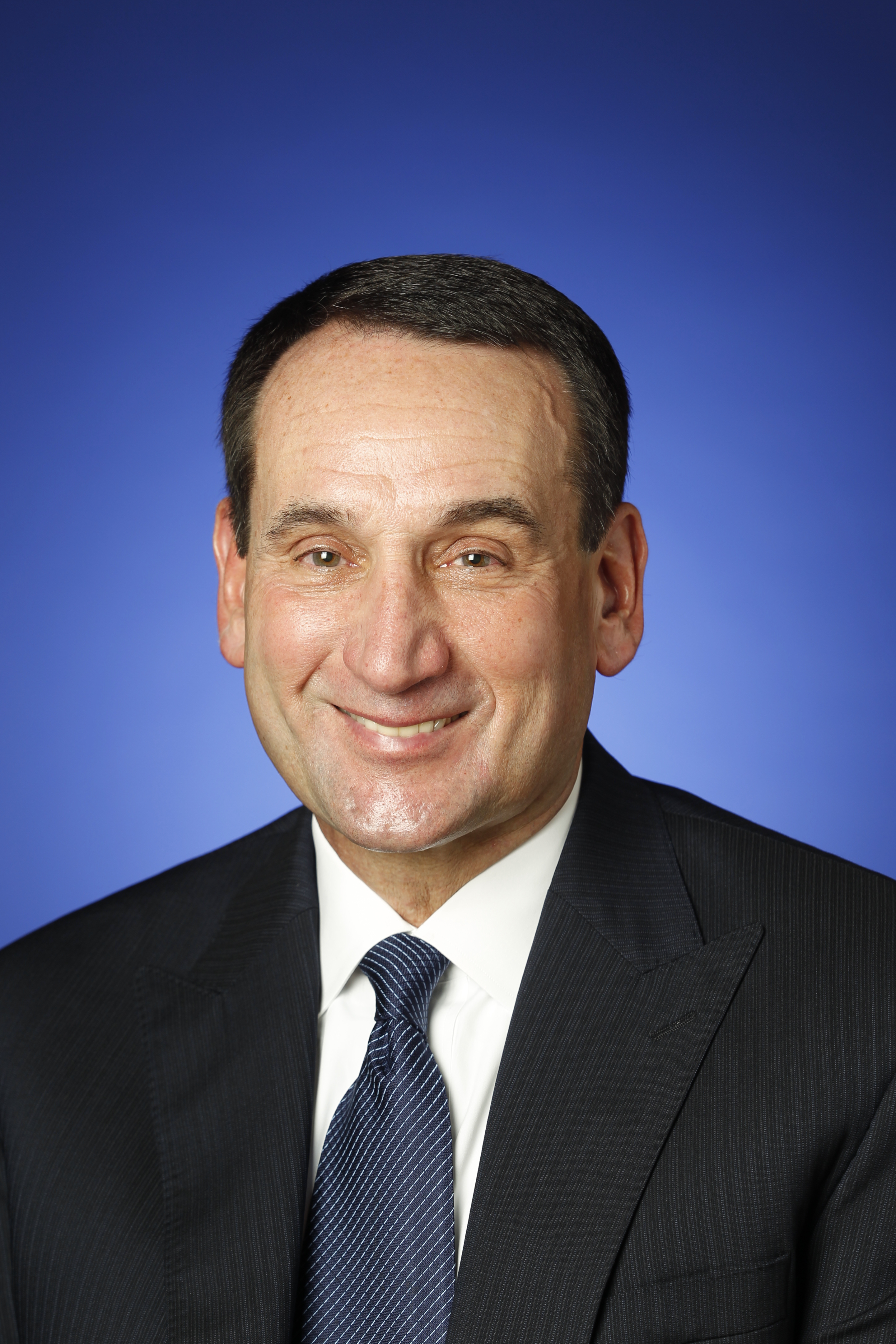 Mike Krzyzewski is the head coach of Duke University’s men’s basketball team and a COLE Executive-in-Residence at The Fuqua School of Business.  The NCAA’s all-time wins leader in men’s basketball and the first Division I men’s basketball coach to reach 1,000 career victories, Krzyzewski led the U.S. Men’s National Team to gold medals at the 2008 Olympic Games in Beijing, the 2012 Olympic Games in London and the 2016 Olympic Games in Rio de Janeiro, as well as the 2010 FIBA World Championships in Turkey and 2014 FIBA World Cup in Spain. He finished his tenure as National Team head coach with an 88-1 record and an active 76-game winning streak. He is the first coach – man or woman – to lead a country to three Olympic basketball gold medals.

Krzyzewski is widely recognized for his leadership in leading Duke to five NCAA Championships and 12 NCAA Final Four appearances in his 37 seasons at the helm. He has a career record of 1,071-330 and a 998-271 record as head coach at Duke.

Author of two New York Times best sellers, Leading with the Heart and Beyond Basketball – Coach K’s Keywords to Success, he is a frequent motivational speaker for Fortune 500 companies. His most recent book is The Gold Standard: Building a World-Class Team. Krzyzewski is also host of the successful Sirius XM Satellite Radio show, Basketball and Beyond, and recently helped launch a digital B2B leadership initiative called PowerForward.