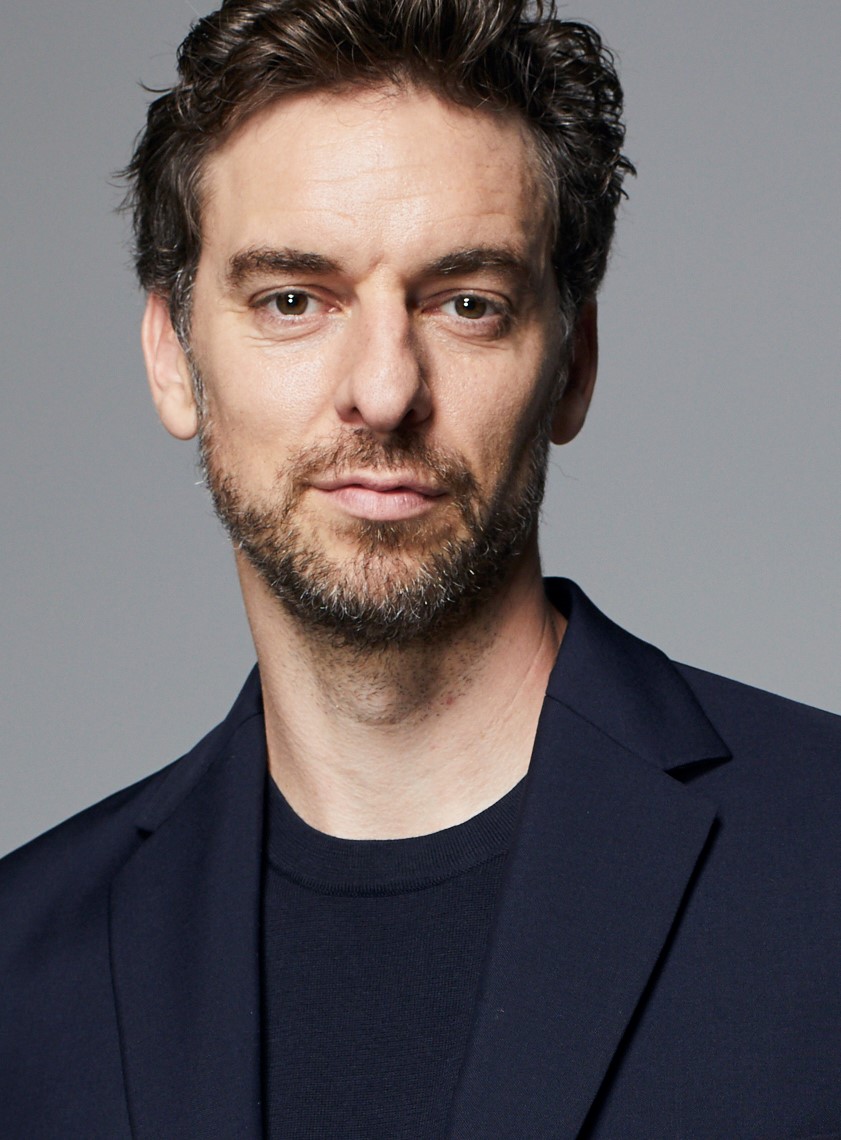 Pau Gasol is a professional basketball player in the NBA and the Spanish National Team. He began his career at Futbol Club Barcelona, but before taking up basketball professionally he finished a year of medical studies at the University of Barcelona.

In 2001, he was selected in the third round of the NBA draft by the Atlanta Hawks, but these rights were transferred to the Memphis Grizzlies. Pau thus became only the second Spanish player to reach the NBA, and that first season earned him the Rookie of the Year award, the first non-USA player to receive this distinction. In 2006, Pau was the first Spanish player to take part in an All-Star Game, in Houston, the first of his six appearances in this unique event. After moving to the Lakers in February of 2008, Pau realized one of his dreams: an NBA championship, which came in the 2008-09 season. A year later he repeated this historic achievement. In 2017, Pau Gasol was elected into the Executive Committee of the NBPA serving as a Vice President. He was the first player to be involved in the Executive Committee that did not go through the NCAA system.

As a member of the Spanish national team, Pau has earned numerous distinctions, including three Olympic medals: in Beijing in 2008, London in 2012 and Rio de Janeiro in 2016. He also helped Spain win gold in the 2006 World Championships, where he was named MVP, in addition to winning three European Championships (2009, 2011 and 2015), in two of which he was also MVP. During the 2017 Eurobasket, Pau became the highest scorer of all time in a single year.

Off the court, Gasol has served as a UNICEF Spanish Committee Ambassador since 2003. He has also collaborated with children’s hospitals in every city in which he has played. In 2013, Pau and his brother Marc Gasol decided to create their own project: The Gasol Foundation. Its mission is to reduce Childhood Obesity rates and it focuses all their efforts in promoting and teaching healthy habits amongst today’s youth through their programs, activities, and initiatives both in Spain and the United States. In 2019, Pau Gasol was appointed Global Champion for Nutrition and Zero Childhood Obesity by UNICEF.

Pau’s contribution has also been recognized with other distinctions: the Prince of Asturias Sports Prize that went to the Spanish Basketball team in 2006; and the Princess of Asturias Sports Prize in 2015, in recognition of the brilliant careers of the two Gasol brothers after they faced off against each other in the first jump ball between brothers in an NBA All-Star game and were each included in the league’s best teams.

Over the course of his career, Pau Gasol has been recognized for his contributions off the court. In 2012, he won the J. Walter Kennedy Citizenship Award, given to the player or coach who renders outstanding service to the community. In 2015, he received the NBPA Global Impact Player award in recognition of his leadership, his global presence and his philanthropic work with children and families all over the world, through both the Gasol Foundation and UNICEF, and his work with children’s hospitals in all the cities where he has lived. That same year king Felipe VI awarded him the Camino Real Award of the Instituto Franklin, which recognizes the work of Spaniards who enhance the positive image of Spain in the United States.

In 2013 he published his first book, Vida, which contains previously unseen photos taken over the course of four years and declarations from some of the leading basketball players. An avid reader and amateur writer, in 2018 he launched his second book, Bajo el Aro, (Under the Hoop) which includes experiences and lessons in victory and defeat over his long career.