Stop the handouts and start investing in cleantech 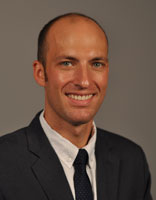 
In an EDGE Seminar, energy expert Geoffrey Styles commented on several dramatic changes shaping the energy industry today, including the rise of adoption of renewable technologies. In order to take the decreasing “renewable pricing revolution”, as Mr. Styles termed it, to the next level, the U.S. government needs to take the current energy environment to right U.S. energy subsidy policies and institute a truly free market.

As an economist and advocate of a free market, I am not a proponent of subsidies; transferring wealth around does not maximize utility. When the government decides to provide subsidies to either fossil fuel, ethanol, or renewable companies, it is changing the incentives of these market players. The government should provide the legal system, enforce rights, and ensure the well-being of its citizens. Therefore, I believe the U.S. government should eliminate energy subsidies and invest in cleantech infrastructure.

In 2013, the U.S. federal government provided the oil, gas and coal industries $21.6B and renewable industry $7.3B in subsidies. This means that almost $30B in taxpayer money went to pay for exploration and production, consumption, and production handouts. In the end, this skews the true cost of energy for the U.S. citizen. While it is true that subsidies help renewables be more competitive against coal and natural gas in electricity generation, this levelization is not needed. Let’s look at the 2012 pre-subsidy levelized cost of electricity for different generating technologies.

There are several takeaways from this chart. First, out of the five cheapest ways to produce electricity in the U.S., three of these are renewable sources. Second, nuclear, like diesel (which has a bad reputation for no concrete reason), is as cheap as coal. Finally, while solar costs twice as much (in 2012) as traditional natural gas production methods, if prices continue to fall, which have been happening at an exponential rate, solar will be in the hunt within the next several years. In summary, subsidies are not a major driver in renewables; they actually hurt the industry as financing is based on the “stop and go” legislation.

Now that I just saved the federal government $30B per year (and probably an untold number in lobbying costs from the private sector), we need someplace to park that money. I argue the government takes this money and invests it in grid infrastructure. There are two primary places on which the investment should be focused: connecting the renewable generation to the load and improving current efficiency.

The government’s main role should be to facilitate those activities which the private sector cannot. These include law creation, law enforcement, protection, and national trade. This means that the government is the right entity to facilitate the construction of “power highways” from the renewable rich center of the country to the coasts. The government should build this because the interstate issues and the size of the project. Assuming that transmission costs $2M per mile, this would, in a conservative estimate, cost $20B. This would include two large transmission lines from the Midwest wind resources to the east coast and one large line from solar resources in the southwest to California. I added $7.5B of right of way costs that would include legal issues and eminent domain issues. These lines would do several things. First and most importantly, it will connect renewable resources to the load centers and make renewables more favorable as intermittency can be mitigated. Second, this will create jobs for Americans. Third, this will help curb climate change. This would truly set the stage for a U.S. renewable revolution by matching production and demand.

Since there will be $10B left (from just one year), reinvest in the current infrastructure via FERC recommendations to improve the efficiency of our archaic system. Currently, the U.S. energy infrastructure is rated as D+ —not too different from where the U.S. stacks up in education. FERC should use these savings to invest in national projects that will significantly improve the current grid infrastructure and at least bring home a C+.

I would hardly say that there is a renewable energy revolution that is currently happening—but there could be! In order for this to happen the government needs to take the current energy environment as an opportunity to eliminate subsidies and invest this in inter-state infrastructure that would create a renewable revolution. They shouldn’t stop there either, but rather have FERC recommend energy infrastructure projects that will improve current U.S. infrastructure.