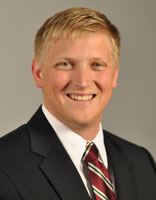 This article was written in response to a seminar given by Nils Magnussen, Director of Business Development at Chevron, in an EDGE Seminar on Sept. 23, 2015 at Duke University’s Fuqua School of Business. This article voices one student’s perspective and does not necessarily represent the views of either Duke University or Chevron.

Last week I had the privilege of listening to a 30-year veteran of the oil industry, Nils Magnussen, speak about the challenges faced when taking on massive above-ground natural gas projects known as “megaprojects.” In recent years, many large oil companies began to take on megaprojects—defined by the Society of Petroleum Engineers as projects “exceeding USD 1 billion measured in constant start-of-2003 terms”—to increase oil and gas production and their profits. There are many factors that can have a significant impact on these above-ground risks for oil companies. In the analysis of these megaprojects, I found the economic environment to be the most influential factor that affected the cost of these projects. It is my belief that the cost overruns on these megaprojects are difficult to determine because they are influenced significantly by factors oil companies have no control over. As an illustration, I will focus specifically on the Australian Gorgon Liquid Natural Gas (LNG) project.

The price of oil in the decade leading up to 2014 was very strong and even peaked at one point in July 2008 at over $13 per mmBTU. The demand for natural gas from growing economies like China and India increased significantly in the early 2000s, and oil companies were doing their best to produce natural gas to meet those demands. With prices at 2008 levels, companies like Exxon, Shell, and Chevron began to explore new and more efficient ways to produce natural gas. The Gorgon LNG project on Barrow Island in Australia was a joint venture between the three companies listed above. Initial cost estimates for the project came in at $37 billion but the actual costs were 46% more than originally planned.

The first cause for the cost increase was currency exchange rates. When the Gorgon LNG project was originally planned the exchange rate between the U.S. and Australia was $0.75 $US/$AUS. During the project, the Australian dollar kept appreciating until it reached $1.04 $US/$AUS, accounting for more than $2 billion of the cost overruns.

In addition to the currency exchange rates, natural gas was trading at extremely high prices which convinced investors to begin oil exploration and production. In fact, the high prices encouraged the development of one of the most disruptive technologies in the oil and gas industry in recent times: fracking. When most people think of oil and gas companies they think of companies like ExxonMobil, Shell, and BP. But, according to the American Petroleum Institute, “in reality, 80% of the oil and natural gas producing companies in the United States are small companies with fewer than 10 employees.” Most of the large oil companies like Exxon, Shell, and BP did not invest heavily in the new technology, but the effects of fracking sent shockwaves through the oil markets. Because of this new demand from small companies and large companies alike, the prices for oil field service companies increased significantly. Oil services companies were extremely busy and their limited resources were in high demand because of this. According to PricewaterhouseCoopers, the capital expenditures for the oil industry grew 25% from 2005 through 2015. Since the Gorgon LNG project was planned in 2008 and built through 2015, the increase in capital expenditures accounted for approximately another $7 billion of overruns.

Could over-supply and falling prices been foreseen?

To add insult to injury, the competition from the shale revolution in the United States and other oil and gas producing nations have flooded the market with natural gas. The overproduction coupled with a weakening demand for natural gas from China and India have driven prices down. At the end of the last trading session on September 25, 2015, natural gas was trading at $2.564 per mmBTU. Natural gas prices did not affect the cost of the Gorgon LNG project, but the prices are so low now that the likelihood of a positive return on investment for the Gorgon LNG facility is fleeting.

As one can see, the cost overruns on the Gorgon LNG facility were great. The global economy, including the cost of capital expenditures and currency exchange rates had a significant impact on the final costs of the facility. Although there are many other ways the oil and gas companies could have saved money on the Gorgon LNG project, the economy accounted for half of the additional costs. Economic factors are out of the control of the oil companies, but I do wonder what the initial estimates were for the aforementioned economic factors. Regardless, it is difficult to predict how markets will behave in the future.