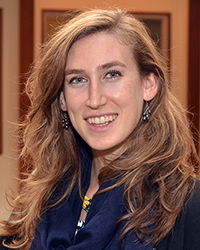 This article was written in response to a seminar given by Patrick Doherty, Co-Founder and President of Long Haul Capital Group in an EDGE Seminar on Sept. 13, 2017 at Duke University’s Fuqua School of Business. This article voices one student’s perspective and does not necessarily represent the views of either Duke University or the seminar speaker.

In the EDGE seminar with Patrick Doherty, Co-Founder and President of Long Haul Capital Group and co-author of The New Grand Strategy: Restoring America’s Prosperity, Security, and Sustainability in the 21st Century, Mr. Doherty focused on the intersection of national security, sustainability and the future of the U.S. economy in the global world order. He highlighted in his presentation the extreme political and economic uncertainty we face as a nation: the rapid growth of the global middle class, the growing effects of climate change, the continuing economic recession, and America’s crumbling infrastructure.  His proposed solution is to create an economic engine that addresses the demand American citizens have for walkable communities, regenerative agriculture, and resource productivity with capital.

A key component of Mr. Doherty’s discussion was the fact that the government’s dysfunction on a federal level has made it integral that the private sector take a leadership role to make up for the lack of a government presence when encouraging walkable and sustainable communities.  As a Master of Public Policy candidate specializing in urban and transportation-related issues, I agree with Mr. Doherty that there is a real need for the private sector to enter this space, but I believe that government, on a local and regional level, must be closely involved for the private sector to effectively encourage walkable communities on an equitable and effective scale.

Much of the reason that communities are unsustainable today is due to 20th century land-use policy, which promoted unstructured urban growth, sprawl, and a dependence on cars. Government has a crucial role to play with the private sector in overcoming sprawl, which includes local and regional government planning and legislation, as well as writing new zoning code.

First, sprawl never could have occurred had it not first been dreamed up by private companies. The World Fair in Flushing Meadows Corona Park in 1939 imagined the multi-lane highways and streets filled with cars that has come to symbolize much of the U.S.  Citizens were enthralled by the concept, and with the advent of inexpensive cars, and government subsidies after World War II that provided mortgages for new single-family suburban construction, the American landscape underwent a transformation. This occurred while Congress passed the Interstate Highway Act of 1956, which provided funds for 41,000 miles of interstate highway, as highlighted in the book Suburban Nation: The Rise of Sprawl and the Decline of the American Dream.  During this time, 75 percent of government expenditures for transportation were for highways, compared to one percent for mass transit.

That has led us to where we are today. Oftentimes, in the U.S., planning occurs at the municipal level, but since many regions are interconnected (think Durham-Raleigh-Chapel Hill), intergovernmental initiatives have begun to emerge. Walkable communities can only be successfully developed through close communication with regional and local government planners and transportation agencies, who can work across agencies to effectively plan for current and future growth. For instance, Durham and Orange County are working together to build a 17.7-mile light rail project that is projected to provide over 26,000 trips per day to residents and commuters in the region. It has just received approval from the Federal Transit Administration for the engineering phase.

In addition, government is needed to provide long-term strategy and planning surrounding the development of cities. Not only is it not in the purview or interest of private developers to think about whether cities are promoting equitable walkable communities, but they are bound by city laws to follow city code and zoning laws. Many cities have zoning laws that only allow for sing-use zoning, which has been a huge contributor to our sprawl today. This means that for many cities, apartments cannot occupy the same building space as an office or coffee shop.

However, to have dense and walkable communities, homes, offices, restaurants and shops need to be interspersed within the same space. That is why city and regional governments are needed to help develop new zoning code. A new type of code being adopted by cities in the U.S. is called “Smart Code,” a form-based, rather than usage-based code. This code is unique because it does not mandate what should occur in the space—instead it only dictates the shape of the buildings. An example of success with form-based code can be seen in South Arlington, Virginia, which over a 12-year time period, revitalized its downtown with a public transit system and new shops and homes.

To conclude, I agree that the private sector is integral to developing walkable communities.  However, government, especially on a local and regional level, is essential when it comes to long-term planning, resource allocation and implementation to ensure that the city serves the needs of all its citizens, and not just the neighborhoods that can afford the redevelopment of a community into a walkable one. Over the last 70 years, the government has misaligned subsidies into encouraging the growth of single-family homes, the highway system and other unsustainable methods of city building. It’s time that local and regional governments, in conjunction with the private sector, take a more active role in developing a region, and designing sustainable communities for all.