The Duke MBA Health Sector Management (HSM) program at The Fuqua School of Business is the oldest and largest health management program among top U.S. business schools. Duke University has educated professionals in the administration of hospitals, health systems, and health-related organizations since Duke Hospital opened in 1930. The program was initiated as a certificate program for interns in hospital administration. Duke began training these interns after gaining inspiration from Dr. Michael Davis’ book, Hospital Administration: A Career, “the thesis of which was that teaching hospitals should seek keen university graduates who had specialized in economics and sociology, and appoint them as administrative interns to be trained as hospital superintendents.”* 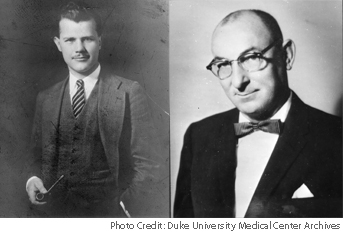 From 1930 to 1942, 21 interns were awarded certificates. These students received no formal classroom instruction as part of the program, but rather learned by working in different parts of the hospital. They worked in a variety of departments, including the Private Diagnostic Clinics, Hospital Admissions, the Emergency Room, the Purchasing Office, and on patient floors. They would also meet with the hospital Superintendent (later called CEO) for discussion and analysis. Most of the certificate holders spent their lives working in hospitals, usually as CEO, with a few in hospital-related organizations. In 1942 when the US entered World War II, the program was suspended. 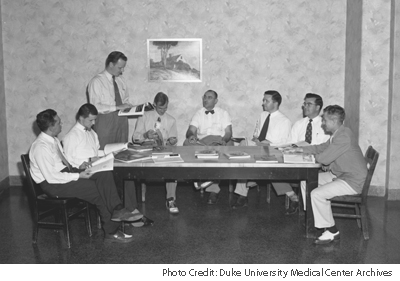 The program was resumed in 1945 when students whose training was interrupted by the war returned to complete their certificates. The administrative internship training program became more structured and formalized. The students’ rotations in each department lasted three months, including a “call schedule” for nights and weekends, when they would represent the administration on site. Informal educational sessions were introduced to supplement their on-the-job experiences. They subscribed to journals and regularly discussed articles and current events affecting hospitals. They also met with key hospital and medical school administrators, and had sessions with outside speakers including representatives from the US Public Health Service, heads of the two Blue Cross and Blue Shield plans in North Carolina, consultants, University attorneys, and various Duke alumni. Additionally, these students attended meetings of the Carolinas-Virginia Hospital Conference and the American Hospital Association. They were also required to witness a delivery, watch an autopsy, observe a major surgical procedure, attend a clinical pathology conference, and take a course in medical terminology.

In the 1950s, the Duke University Hospital Administration Alumni Association was established, and the Duke program was recognized as a leading educational endeavor. The program was also included in the organizational meetings of the Association of University Programs in Hospital Administration during the early part of the decade, a tribute to its educational contribution. 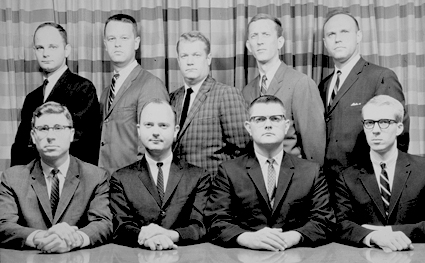 After 32 years of training hospital interns, the program was restructured to become the Graduate Program in Hospital Administration in 1962. Instead of earning a certificate, students would be awarded a Master’s Degree in Hospital Administration (MHA) upon their successful completion. The new course lasted 24 months and was a combination of academic and practical experiences. Students spent the first summer as “ward clerks” in the Duke Hospital. During the first academic year, they took courses in sociology, economics, political science, cost accounting, and computer science, enrolling in regular graduate courses in the appropriate department. There were also courses in hospital management taught by faculty in the new graduate school of business that began in the late 1960s. During the second year, students spent four months in the Duke Hospital, two months at the Duke Endowment, and six months in a residency in a community hospital. During this year, the students gathered once a week with the faculty to exchange experiences and hear presentations. 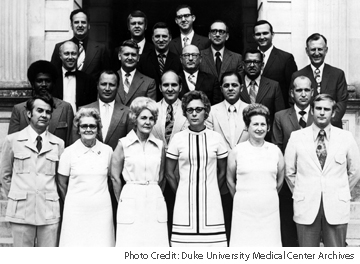 In 1968, the department also began offering the Hospital Administrators Management Improvement Program (HAMIP). This program was distinct from the MHA Program, and was intended for working professionals in health care who did not already hold a graduate degree in Hospital Administration. This year-long program included two week-long residencies and classes one weekend per month, which allowed students to further their education with minimal impact on their work schedule. The program received a large amount of support from the Duke Endowment, who provided each student with a scholarship for half of their tuition. The remaining half was paid by students’ employers. HAMIP graduates were awarded a certificate at the end of the program. Through HAMIP, the department was able to provide an educational opportunity to hundreds of working professionals until the program was discontinued in the 1980s.

The Graduate Program in Hospital Administration became the Department of Health Administration in 1974. “Hospital” was also changed to “Health” in the names of the MHA and HAMIP programs. The name change was representative of a new, broader scope for the department, and was accompanied by changes within the MHA program. The program moved to a five-semester format requiring a full load of courses in the summer between the first and second years, and was entirely academic. This was a marked difference from the previous iteration, where the second year had consisted of practical experience rather than coursework. The new academic focus provided curriculum that was heavily quantitative, including accounting and statistics. The managerial and administrative courses were taught by faculty at the Fuqua School of Business, and electives were available through the Graduate School of Arts and Sciences. To supplement their academic training, students were encouraged to take a year’s residency after graduation, and most did so. 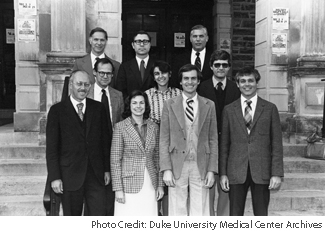 In 1986, the MHA was again reformatted to better utilize the faculty at the Fuqua School of Business. Students took their first-year core courses at Fuqua and their second year in the Department, concentrating on the administration of hospitals and health care institutions. The Fuqua courses included Managerial Economics, Managerial Effectiveness, Managerial Accounting, Probability and Statistics, Financial Accounting, Marketing Management, Operations Management, and Competitive Business Strategy. In their second year, MHA students would choose from courses such as Hospital Management, Hospital Accounting, and Health Law, along with some electives. 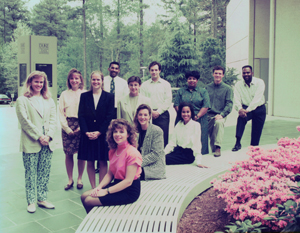 With the success of the core first-year curriculum at the business school, it was decided that the MHA program would fully transition from the Medical Center over to The Fuqua School of Business. In 1991, the Department of Health Administration became the Department of Health Services Management (HSM). The MHA degree was retired, and the HSM program became available as a supplemental credential to students earning their Master’s in Business Administration (MBA) at Fuqua.

In 1997, the program was renamed Health Sector Management, and continues to educate students in the business of health. Through the Center for Health Sector Management, students in HSM take an interdisciplinary curriculum that explores all segments of the health sector, including pharmaceutical, biotech, device, diagnostics, payer, provider, global health, health policy, and health law. Among the many dynamic courses available to HSM students are Health Institutions, Systems and Policy; Health Care Markets; Provider Strategy; and Health Policy and Management. Today, about 20 percent of students across all four MBA programs at Fuqua choose to earn the Health Sector Management certificate.