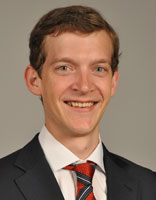 This article was written in response to a seminar given by Randall Ledford, PhD, Senior Vice President and Chief Technology Officer of Emerson Electric Co. in an EDGE Seminar on Oct. 9, 2013 at Duke University’s Fuqua School of Business.

After seeing the bodies pile up following the first big wave of cleantech venture capital investments in the 21st century, I believe that Randall Ledford and Emerson Electric’s technology transfer approach may be one of the few winning approaches.

After the dotcom crash, Silicon Valley moneymen poured billions into cleantech investing— possibly because it had the word “tech” in it. They looked for the quick 2-3x returns seen from Internet companies as carbon legislation and a new energy paradigm appeared to be just over the horizon. Many of their investments crashed and burned. Smart people do not engineers make. They simply lacked the technical sophistication to properly evaluate their investments. Perhaps more importantly, they were used to quicker returns on their investment from non-capital intensive investments. That’s not the energy industry. Cree still calls itself a start-up and it’s decades old. It’s not cheap to build many energy products, except perhaps demand-response software. In contrast, Emerson’s technology transfer approach to VC makes much more sense.

Emerson has thousands of engineers on hand to perform due diligence on potential investments. It has the long-horizon of a strategic investor. It does not worry too much about overpaying for assets because it can simply build products that get bid up in the market. As Ledford said, he seeks out companies that can fill in gaps and adjacent spaces for Emerson, potentially including plasma gasification for waste.

Cleantech VCs have none of these advantages. They do not have the in-house expertise to properly evaluate their investments. They undervalue their investments because they lack Emerson’s business unit synergies. That means they should naturally lose to strategic investors like Emerson because they cannot justify paying for a higher valuation.

On the other hand, Emerson lacks the investment professionals who can dig through thousands of potential investments to find the best ones. I think this is actually a good thing. Emerson should focus on making things rather than buying them because that’s what it does best. Organic growth is superior to growth through acquisition because company culture is maintained and it’s usually cheaper. Emerson wisely avoids many of the integration challenges with M&A by using its VC investments to promote technology transfer rather than takeovers. Ledford’s team can build and market any product, so it’s much smarter to simply pay for an idea rather than the baggage of extra people and different company cultures that come with an outright purchase.

Emerson’s long-term approach is exactly what is needed to promote true innovation in energy. Cleantech VCs short-termism may lead them to shy away from high-risk, but game-changing technologies. Ledford needs to make money on his investments, but he wisely treats them as a laboratory of ideas rather than as an acquisition pipeline. The old joke in Silicon Valley is that Microsoft is where entrepreneurs and their ideas go to die. The maker of Office and Windows has not been able to diversify much beyond its core offerings despite billions in acquisitions. In contrast, Ledford lets ideas incubate at his portfolio companies. He simply supplies them the cash to keep innovating and coming up with breakout ideas that might die at a big, bureaucratic organization like Emerson. It makes perfect sense to let ideas develop outside of his walls and seize on technology gains when they are ready for Emerson to contribute its value-add of commercialization.

Emerson’s approach allows it to diversify on the cheap. Many crystal balls have failed to predict the future of energy, most recently with the shale oil and gas boom. Emerson Ventures gives its parent company a way to make many small bets on the future of energy and end up with at least a few winners. It is a great complement to in-house research and development at a fraction of the cost.

Ledford believes that Asian waste issues, bioscience and additive manufacturing may present interesting investment opportunities in the future. As populations boom in the East, the problem of waste disposal will become more acute. Plasma gasification may help solve this problem by achieving that alchemical feat of turning trash into energy treasure. Human beings pushing for greater life expectancy will give rise to the bionic man who has bio-motors implanted in him to pump insulin. Additive manufacturing will help companies reduce inventory and people to replace broken things at home with 3-D printers. That’s DIY to a whole new level.

These technologies are all very exciting, but need the proper financing to thrive. Given their technical acumen, synergies and long-term investment horizons, I believe that strategics such as Emerson Ventures will have an advantage in cleantech investing moving forward. They will still need GPs to identify some opportunities for them, but they will do most of the value creation. For the sake of innovation and their long-term future, I hope they keep up the funding even when times get tough.