The next phase of industrialization will happen in our oceans

By Dan Vermeer, Associate Professor of the Practice and Executive Director, EDGE 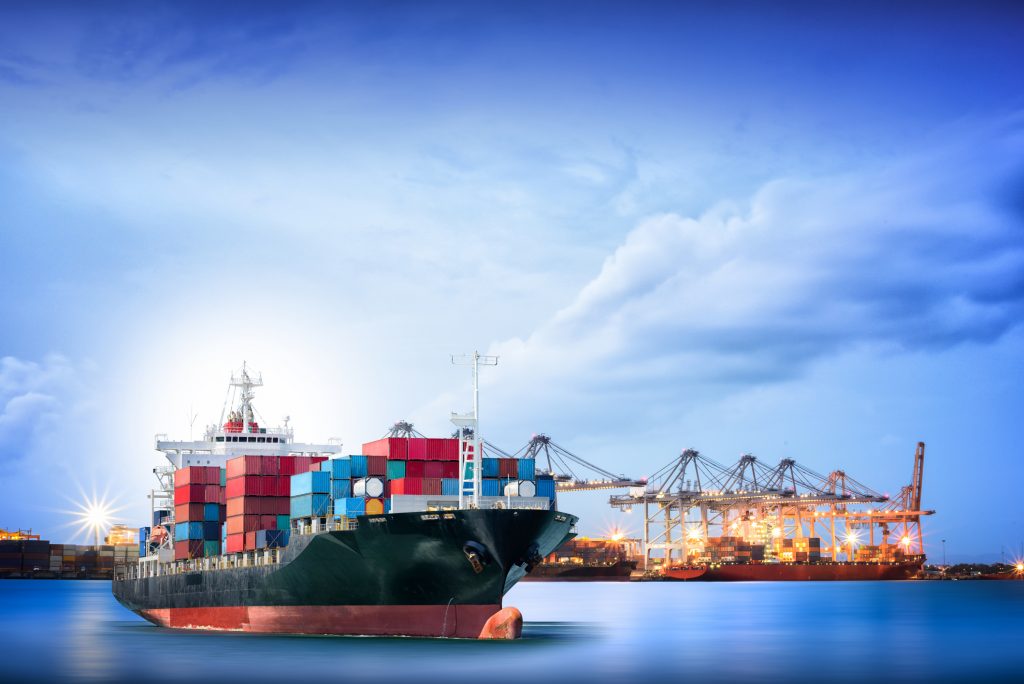 Oceans cover more than 70% of the planet’s surface, hold almost 95% of the world’s biodiversity, and produce over two-thirds of our oxygen.  However, it is less well-known that ocean-related industries are a major part of the global economy; in fact, the ocean economy (including shipping, ports, fishing, oil and gas, renewable energy, tourism, marine biotechnology, and related industries) can be considered the seventh largest economy in the world, contributing over 1.5 trillion dollars each year – and is growing at roughly twice the rate of the overall global economy.  Especially for coastal and island countries, future prosperity is critically dependent on generating more economic and social returns from the ocean while maintaining healthy ocean ecosystems, what The Economist calls creating a “blue economy”.[1] 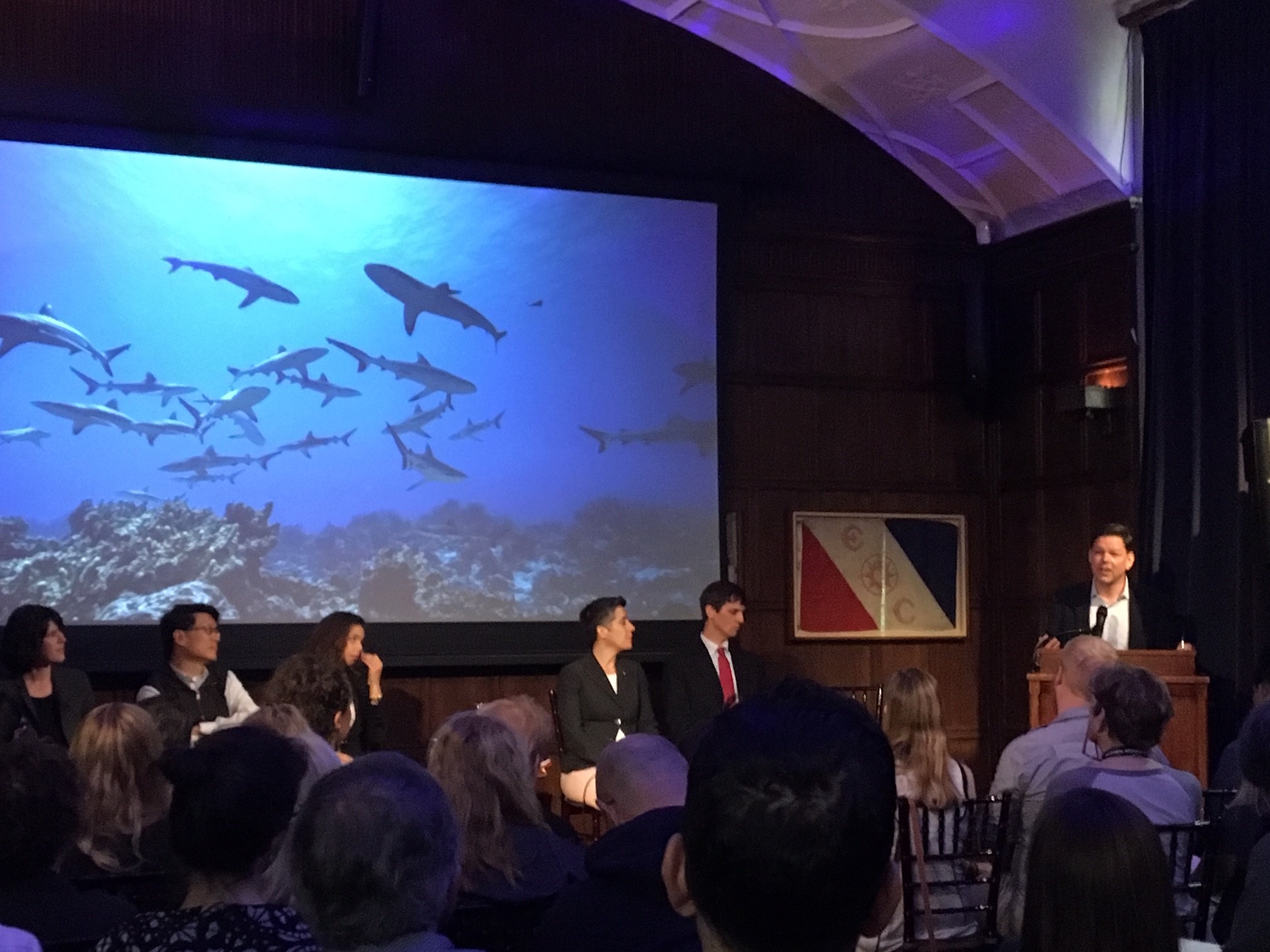 sions focused on a diverse range of topics, including investment trends in the ocean economy, threats to ocean health, governance of the high seas, prospects and risks for deep sea mining, and ocean innovation and entrepreneurship.

Themes emerging from these discussions included:

Oceans are a critical new economic frontier, and the site of a new phase of industrialization. Several factors are converging to drive the economic importance of the ocean, including an exploding global population of middle-class consumers, ever-expanding demand for food and resources, growing global trade, and new technologies that enable us to tap ocean resources.[2]  As we reach the limits of the land’s ability to meet these needs, there is inevitably more pressure to exploit the oceans.  As John Virdin from Duke University’s Nicholas Institute for Environmental Policy Solutions described, the next phase of ocean economic development must embody radically different principles than those that governed previous ocean and land-based industrialization.

Oceans must play a major role in addressing this century’s urgent challenges. Given that most of the world’s population is rapidly shifting toward the growing coastal megacities, the ocean will be critical in keeping the world’s billions fed, healthy, and employed.  While the UN’s Sustainable Development Goals explicitly recognize the ocean’s importance in Goal 14, it will also be essential for achieving most of the other 16 goals, from poverty alleviation to reducing hunger to enabling clean energy.  Blue Economy panelist Kris Ohleth from Orsted (global offshare wind developer) commented that the future for offshore wind in the US looks bright, with total installed capacity projected to reach 115 gigawatts by 2030, a sixfold increase from 2017.

We still know very little about the ocean, its vast resources and biodiversity, and its complex processes.  Despite the importance of the ocean, we still have very limited scientific understanding of its topography, circulation processes, mineral stores, or the thousands of species that remain unknown on the ocean floor.  The ocean is vast, difficult to explore, and expensive to build up a comprehensive understanding.  While some developed countries mostly in the Northern hemisphere have invested in developing scientific knowledge, the Southern oceans are largely unexplored.  In fact, less than 5% of the ocean’s floor has been adequately mapped.  These knowledge gaps are real barriers as we consider mining or fishing in the deep sea, since we don’t know how our activities will affect the health of the oceans long term.  Cindy Van Dover from Duke University’s Marine Lab, highlighted the difficulty in deciding whether to pursue mining in the deep sea because we lack the data or experience about the risks and costs.

The health of the oceans must be preserved – or restored – for it to deliver on its potential for economic development and jobs. The centuries of ocean exploitation, along with global impacts of climate change, have severely compromised the health and functioning of the ocean.  New blue economy business models must include systems that recycle waste, sequester carbon, and create fishing practices that sustain adequate stocks.  Rather than deplete and pollute the ocean, we can envision profitable ways that support local economies, communities, and ecosystems.  For example, panelist Kendall Barbery from Greenwave teaches ocean farmers how to grow vertical food systems in ocean water that cultivate shellfish and seaweed with high productivity and low environmental footprints.  By storing carbon, cleaning water, and generating farmer incomes, Greenwave’s business model disrupts the traditional tension between development and environment.

Some ocean threats (e.g. plastic pollution) are getting a lot of attention, but longer-term challenges are not high on the radar. The crisis of plastics polluting the ocean was caught the attention of the public, and was discussed in several sessions during World Oceans Week.  Not only is their highly visible media coverage of the issue, but also many new coalitions and initiatives to address the challenge.  In the blue economy panel, Danielle Joseph of Closed Loop Partners described efforts to accelerate the development of new approaches to the issue, including creating material alternatives, designing better plastic collection system systems, and increasing policy efforts.  However, there is less public attention to equally urgent issues like ocean acidification or fish stock collapse.  Targeted efforts around hot topics like plastic pollution cannot succeed in the absence of more integrated efforts to maintain healthy oceans.

Lack of effective governance, especially beyond national jurisdictions, makes it harder to balance economic and environmental priorities. Pat Halpin from Duke’s Nicholas School of the Environment and Steve Roady from Duke’s Law School spoke about how the foundational policy framework for the oceans (e.g. United Nations Convention on the Law of the Sea) may be insufficient for effectively managing all of the new uses for the ocean, especially in international waters.  This lack of clarity remains one of the primary challenges for sustainable ocean development, and will be difficult to remedy in this era when international agreements are much more difficult to reach agreement on.  In the absence of clear policy, the interests of individual national or corporate interests can easily overwhelm the broader public interest in health oceans.

There are fascinating new models of ocean innovation emerging, and many efforts underway to accelerate their development. Panelist Mark Huang, co-founder of ocean innovation hub SeaAhead, is bullish on the prospects of ocean and water innovation – or “blue tech” – and investment in the coming decade.  Similar to recent phases of venture investment in cleantech and food technology ventures, the emerging interest in ocean innovation will accelerate the development of new business opportunities, regional clusters of economic growth, and new jobs.  In shipping, new companies are emerging to digitize ports and develop alternative fuels that lower carbon emissions.  In the seafood industry, sensors allow for comprehensive tracking of fish from ocean to consumers, while new aquaculture techniques reduce pollution and release pressure on ocean stocks.  One particularly intriguing strategy to accelerate the pace of ocean innovation is the formation of regional bluetech innovation hubs that bring together academic research and IP, public and private capital, and other supporting social infrastructure.  Michael Jones, founder of The Maritime Alliance has successfully implemented this industry ecosystem approach for the San Diego region, and is now helping to replicate the approach in other regions around the world through the Bluetech Cluster Alliance.  Nurturing innovation ecosystems like these will be crucial if the blue economy is to reach its full potential.