Lessons on Scale from Fighting Deforestation in the Amazon

This post was originally published on the Fuqua in Latin America blog. You can read the original post here. 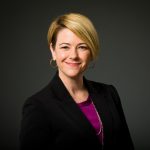 A goal of Fuqua’s Center for the Advancement of Social Entrepreneurship is understanding how social ventures can move from idea to widespread and sustainable impact. CASE partnered with USAID, the Skoll Foundation, and Mercy Corps to launch Scaling Pathways to study how three organizations have done exactly that. For the first of these studies, Erin Worsham, CASE’s Executive Director, and Cathy Clark, an adjunct professor with CASE and director of Fuqua’s impact investing initiative, traveled to Belém in Brazil to learn how the nonprofit Imazon helped decrease deforestation and greenhouse gas emissions in the Amazon.

Worsham shares the purpose and potential of the project in this Fuqua Q&A.

Q: Why is scaling a particular challenge for social entrepreneurs?

Scaling is one of the toughest – and most critical – issues for social entrepreneurs. There is often excitement about the next new thing, the innovative idea or organization that has the potential to solve one of the world’s problems. But with so many of those ideas emerging around the world, there are few examples of social ventures that have scaled to solve problems or change systems. One reason is that social ventures are trying to solve deeply entrenched problems, which often include market failures and deep-rooted systems and beliefs, and have complicated cross-sector solutions. With commercial ventures you get immediate feedback from the market, are people buying your product or service or not? In the social impact space it’s not always so clear. It often takes more time, and getting to scale is not simply about growing your organization but about scaling your impact. That can be donethrough partnerships, advocacy, open source data and in other ways.

Q: Why choose Imazon for this project?

Imazon was chosen for this project because they exemplify how an organization can stay small but achieve large impact. Imazon has been working to reduce deforestation in the Brazilian Amazon for more than 25 years and they acknowledge that they cannot achieve that mission alone.  Their latest work is using satellite mapping technology to track deforestation in real time and then provide that data to partners – including the Brazilian government and local stakeholders – to enforce deforestation efforts. They began with a pilot in the city of Paragominas.  Historically, these deforestation efforts have been hampered by corruption and difficulty knowing who owns land so Imazon created a landowner registry that makes that clear and helps landowners and municipalities figure out when forests are being cleared illegally. The pilot was able to reduce deforestation by 90 percent in two years, which is quite incredible. But as with most social entrepreneurs who have a passion for social change, Imazon’s work is not complete. They continue to drive towards zero net deforestation in the Brazilian Amazon and were excited to share the lessons that they have learned along the way.

Q: Why did you need to visit the company? What did you gain from the trip?

Being face-to-face makes a big difference. We spent 10 days in Belém meeting with Imazon staff and the groups they work with. We got a really good sense of the historical context and their plans for the future. We did site visits to understand exactly what happens when someone gets a deforestation alert from Imazon and were able to see how the relationship with governments works. It’s a really successful partnership of governments, nonprofits, farmers and landowners. This is typical for social impact issues, where solving problems often requires an ecosystem of many partners in different sectors.

Q: What lessons on scale did you learn from Imazon?

They’re really unlocking the potential of technology and partnerships to create change effectively and cost-efficiently. We see a lot of social entrepreneurs who want to do everything themselves, but you can’t be everywhere. Imazon has been very thoughtful and focused about what they do well, building (and managing the risks of) partnerships to extend their reach, and learning how to adapt their work to different contexts.

The case study about Imazon (currently available in English, forthcoming in Portuguese) tells their story – both the successes and the failures. In addition to Imazon’s case study, we also profiled a clean water organization in Uganda and a vision care nonprofit which attempted to launch in Central America. Some of the cross-cutting themes from the case studies and common roadblocks on the path to scale are captured in the capstone paper, Pivoting to Impact. We hope that the lessons shared in the Scaling Pathways series will help catapult other social ventures to scale faster and help the funder community put their money toward projects that are doing it right.