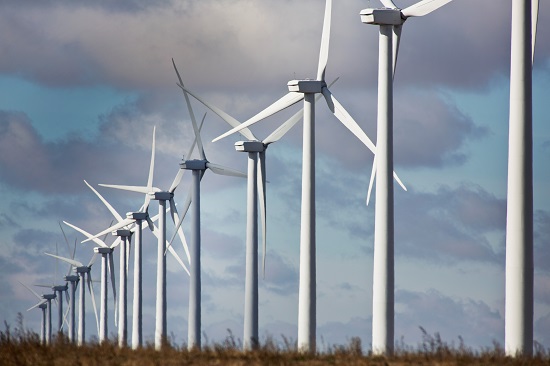 Dr. Vermeer explains why the time is now for the country to choose a path in this Fuqua School of Business Q&A.

Q: What makes now such a crucial time?

Early on, the Obama administration adopted an “all of the above” strategy to pursue two paths simultaneously. One has been the unprecedented expansion of oil and gas production through hydraulic fracturing techniques. The other has been significant investment and rapid growth in renewable energy.

This approach attempts to capture the benefits of all energy sources as a hedge against uncertainty.  Democratic and Republican presidential candidates alike continue to embrace this seemingly inclusive approach.

Q: What is wrong with that approach?

“All of the above” is fundamentally about reliability and security – ensuring that we have adequate supplies of energy to sustain our lifestyles and power our economy. It’s easy to see why policymakers would be tempted to embrace it. But lurking under this apparent compromise are some serious contradictions.

First, while transitioning from coal to natural gas reduces our overall carbon emissions in the short term, a natural gas-centric electricity system will not be able be deliver the deep cuts in carbon emissions we need to meet our 2050 climate commitments. We will need to transition to low carbon or emission-free sources rapidly if we want to avoid catastrophic consequences for the climate.

Second, “all of the above” is all about energy supply, but many of the most exciting opportunities to transform our energy system are about managing demand. Since our current system is designed to accommodate the highest peaks of demand that occur only a few times a year, using technology to increase efficiency, shave peaks with demand response, and shift demand to off-peak periods can radically reduce the need for new generation and infrastructure.

Q: So what’s the alternative?

A distributed system, increasingly powered by renewable sources that are often at the site of the business or home. Efficient sensor-enabled appliances, controlled by communication technologies, would be linked to a grid coordinating a complex network of energy producers and users. In this scenario, the end user is increasingly in control of their own energy supply and demand. As networks of these new energy consumers grow, they will link together in micro-grids that allow autonomy from centralized providers. Electric vehicles and new storage alternatives will become more common and more cost-effective, making renewable energy more reliable, and the overall system more stable and efficient. This approach not only will better meet our energy needs, it will accelerate the de-carbonization of our economy.

This new model is gaining momentum, but it is still not widely developed. We need a concerted effort to transform our policy and rebuild our infrastructure over the coming decades to bring this vision to life. Since it is a fundamentally different approach, we must pursue it consciously as a strategy, instead of living with the outcome of incremental decisions. We can’t build a system for the next 100 years based on the short-term prices of natural gas, but that’s what we have been doing.

Q: What are the potential trade-offs and barriers?

A distributed system may be more costly in the short term because of the significant upfront capital investment – but it would pay for itself over time in energy savings, reduced pollution, and efficiency. For example, a primary advantage of a smart distributed energy system manages energy to reduce the peaks in demand across the day and across the year, decreasing the need to build additional expensive generating assets. Also, the fuel is free – wind, sunlight, moving water. Once we build the infrastructure, running it continuously costs almost nothing. Finally, because it doesn’t emit carbon, it isn’t exposed to risks of likely climate-related legislation.

However, these advantages quickly disappear if the resulting system cannot provide electricity in a reliable, affordable way over the long term. One limitation of renewable energy is that it is intermittent; it is impossible to forecast exactly when the sun will shine, or the wind will blow. Because generation and energy demand happen at different times – and both are unpredictable – it is challenging to ensure reliable power when it is needed. More infrastructure is required because renewable sources generate less energy. Renewables typically also require lots of land and additional transmission lines to move the electricity from its source to where we need it.

Q. Is a distributed system feasible?

The Department of Energy has outlined a pathway for the US to cut CO2 emissions by 80 percent, and reduce petroleum-based energy use by 75 percent, by 2050. The methods are to decarbonize electricity generation, electrify heating and transportation, increase efficiency, modernize transmission and distribution, and use biofuels for freight transportation. This is cost-competitive with the current approach and generates similar benefits. The DOE also makes the point that investments in natural gas to replace coal are less attractive in the long-term, because they make it more difficult to reach the 2050 carbon reduction goals.

The latest major energy policy initiative from the EPA could replace the all of the above approach. The Clean Power Plan establishes a state-by-state framework for reducing US carbon emissions an estimated 32 percent below 2005 levels by 2030. It gives states autonomy to pursue these reductions through a mix of energy efficiency, renewable energy, demand management, and other measures.  If the CPP survives the legal challenges, it is an important step on the path to a better energy future. But a fundamentally different energy system is possible, affordable, and desirable – it just needs significant investment, aligned policies, and some level of consensus about goals and pathways. Long term, the investment will be worth it.