China’s smog cloud may have a silver lining 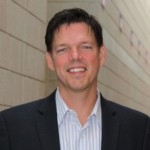 Environmental concerns are ubiquitous in China. Every day, the newspapers include stories about the converging crises related to air pollution, food contamination, water shortages, and solid waste. There is also a growing frustration that China’s “growth at all costs” development path has been very costly, sacrificing both the environment and people’s quality of life for economic gain.

Perhaps nowhere are China’s air pollution problems more apparent than in the industrial province of Hebei in northern China. On my recent visit, the Air Quality Index (AQI) readings for Hebei were over 900 – nine times the level considered healthy by the World Health Organization. As my plane approached Shijiazhuang, I could barely make out the outline of the air traffic control tour as we taxied to the gate.

This is the underbelly of the Chinese economic miracle. Many of the towering skyscrapers being built in cities all across China are reinforced by steel produced in Hebei. Many of the coal power plants that were shut down in Beijing to prepare for the 2008 Olympics have re-opened in Hebei. Even some significant portion of the shoes discarded from the 1.5 billion pairs of feet in China end up being burned in Hebei. This is the world’s capital of burning things.

As China’s air pollution problems worsen not only in Hebei but in cities across its borders, there is no doubt that these factors are increasingly likely to create social tensions and conflict. The Chinese government recognizes this threat, and has included a series of proposals in their Five-Year Plan. For example, they emphasize the need for “higher quality growth” that continues to bring people out of poverty without depleting resources or undermining quality of life. The economic engines of this more sustainable path will come from developing clean energy sources, inventing new materials, designing more efficient buildings and transportation systems, reducing energy use, and protecting the environment. But China faces a very tricky balance between bringing much of rural and western China into the economy, heightening domestic consumption, while simultaneously reducing environmental impacts and resource use.

A bright spot in the China smog, however, is the rapid development in public disclosure of environmental data. In the months leading up to the 2008 Beijing Olympics, the American Embassy in Beijing installed air pollution monitoring equipment on its roof, and began posting hourly AQI numbers to the Internet. While the intended audience for this information was American visitors, these readings quickly entered into the public consciousness in Beijing. Despite initial requests from the Chinese government to stop publishing the data, the tide has now turned, and nearly 200 cities across China are publishing their own air quality numbers.

As Chinese have become more familiar with the index, they are now able to compare the hourly readings across time, across different cities, even between different information sources. Over the last couple years, the term “AQI PM 2.5” has now entered common conversation in China (this measure refers to the amount of particulate matter in the air smaller than 2.5 micrometers, which is particularly hazardous to human health).

Access to this real time data on air pollution conditions is strengthening public support and driving more radical government action on this issue. In fact, there are real and encouraging developments on this front; the Chinese Ministry of Environmental Protection recently adopted more extensive monitoring standards for all major cities, including requirements to measure and report fine particles (PM 2.5), ozone and carbon monoxide. In July 2013, the Ministry also ordered more than 15,000 companies in heavy, polluting industries such as coal-fired electricity generation and steel production to report discharge levels. These companies account for more than 80 percent of pollution in China, according to one official news report.

The ministry’s order also required government agencies to supervise the release of pollutants by the companies and their attempts at self-monitoring. To overcome local resistance, officials are also offering incentives totaling $1.65 billion to cities and regions that make “significant progress” in air pollution control. Ma Jun, one of China’s most well-known environmentalists, praised these actions, noting that this mix of new standards and incentives demonstrates a heightened level of seriousness to take on the pollution crisis.

It’s clear that China has a long journey ahead if it is going to continue to grow without permanently degrading its environmental resources and its citizens’ quality of life. However, if China’s smog problems have in some measure led to increased transparency and participation by its citizens in developing solutions to the problem, there is reason to hope that a brighter (and clearer) future is ahead.