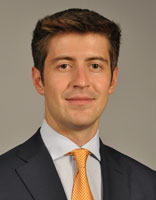 On March 26, EDGE hosted a Forum on Cleantech in China at Duke’s Fuqua School of Business that featured insights from five panelists about starting, funding, and growing businesses in China. Panelist Tom Darden, CEO and Founder of Cherokee Investment Partners, has been engaged in the Chinese cleantech sector since the 1990s, and emphasized what I took away as a compelling characteristic of the Chinese attitude toward cleantech investment: in China, interest in the climate is motivated by pragmatism – namely avoiding social unrest, mitigating political risk, and securing distant economic gain – not by an ethos of “doing the right thing” for the environment or for future generations. I believe this notion warrants further discussion, particularly given the dichotomy between the popular belief that China cares little about climate change and is doing nothing about it, and the meaningful steps it has taken toward implementing energy and climate policies as part of its Twelfth Five-Year Plan.

The progress China has made toward carbon reduction policies has actually been commendable and, in some cases, leads that of other developed nations. There is a large gap, however, between where these policies are and where they need to be in order to address all of China’s fundamental motivations to address climate change. China’s energy and climate policy will need to be increasingly aggressive in order to achieve their pragmatic goals in the long run.

Real Steps Toward a Cleaner Energy and Climate Future

Research has shown that the three primary drivers of China’s energy and climate policy are: 1) energy security; 2) desire to gain a competitive advantage, and 3) concern over environmental impacts. Energy consumption has been rising at a breakneck pace, which has contributed to electricity shortages, placing energy security concerns on the central government agenda. China has suffered from large-scale power blackouts since 2002; data from the China Electricity Council revealed that in 2012 electricity supply fell short of demand by 30 – 40 gigawatts.

To alleviate the strained supply, China now has a system that favors energy efficiency and constrains energy use at multiple levels of the economy, ranging from central and local governments to individual enterprises. Financial incentives, such as energy tax reform, changes in electricity pricing, and the removal of fuel subsidies, also aim to improve efficiency.

Economic opportunity is perhaps the most salient driver of China’s energy and climate policy. There is consensus among Chinese policy circles that the world is on the brink of a major shift away from fossil fuels to renewable energy sources, and government documents stress that China must gain a first-mover advantage in order to reap the economic benefits. This has manifested itself through extensive public financing for renewables, feed-in-tariffs for wind and solar power, and the imposition of fees on electricity customers to fund renewable energy development. As a result, China is now the largest investor in renewable energy in the world: it has the largest installed wind power capacity of any country, and has gone from supplying 1% to supplying 49% of the world’s PV solar panels in the last decade.

The Chinese government has also become increasingly aware of the damages caused by climate change. Numerous government documents, including two climate change white papers published in 2008 and 2011, report that climate change poses a great threat to China’s economic growth, poverty-alleviation efforts, water resources, agricultural production, and to its rich and populous coastal areas. In its 2013 World Energy Outlook, the International Energy Agency (IEA) stated China is due to start seven regional pilot carbon markets by 2015 and is designing a nationwide scheme to be deployed later in the decade; IEA expects China to launch carbon pricing for all sectors of its economy starting in 2020.

Will New Energy and Climate Policies Be Enough?

IEA expects China’s CO2 price to start at $10 per ton in 2020 and rise to $30 per ton by 2035. The question is whether this (forecast) price is high enough to incentivize a change in economic behavior. Unfortunately, according to most research done for comparable scenarios in the U.S., it does not come close. Most models predict that a carbon tax must be in the $35 – $50 per ton range to render today’s coal and natural gas technologies more expensive than most renewable sources (i.e., change behavior of power generators).[1]

A look at China’s CO2 emissions over the last 10 years shows an average annual growth rate of 9.6%.  This has tapered over the last several years, and 2012 was the lowest growth rate since the country’s industrial and manufacturing boom that commenced in 2002. But the emissions continue to grow nonetheless, which is not just inadequate, but also counterproductive.

So if it takes another 20 years for China’s policy to reach only the “floor” of a truly effective carbon price, where does that leave the country’s climate change mitigation plan? I believe it leaves it well short of its goal. While China has undertaken meaningful action toward carbon reduction with its energy and climate policies in recent years, there remains a disconnect between their intentions and what is happening (and what will continue to happen) on the ground. These policies will need to be strengthened accordingly to bridge the gap.

[1] As referenced in lectures and discussion with Duke professors Dr. Timothy Johnson and Dr. Dalia Patino-Echeverri. As a reference point, IEA models from its 2012 World Energy Outlook Report suggest we will need the equivalent of a global carbon price of $120 per ton by 2035, along with some complementary regulations, to stabilize global GHG concentrations at or about 450ppm.