Looking into a dark future 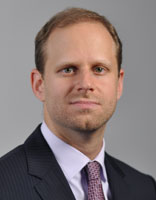 This article was written in response to a seminar given by Brad Kitchens, CEO of ScottMadden, in an EDGE Seminar on Oct. 1, 2014 at Duke University’s Fuqua School of Business. This article voices one student’s perspective and does not necessarily represent the views of either Duke University or ScottMadden.

Imagine a world where half the United States has gone totally and completely dark. Chaos ensues—business grinds to a halt, hospitals pray their generators will last, and riots break out all over the country. When the lights come back, what happens to the utility industry? What changes can the industry players expect and what new rules will they have to play by?

That dark future has long been a lurking possibility, and recent events make it all the more likely. With both physical and electronic terrorist attacks aimed at the grid, and a history of blackouts even as recent as the 2003 blackout, a major event is likely. But knowing what comes next is harder to predict. Scenario planning is one approach to asking and answering those tough questions. I was reminded of the power of scenario planning on Oct. 1, when Brad Kitchens, the CEO of energy consulting powerhouse ScottMadden, presented to the Duke University EDGE Seminar Series on Energy & Environment.

What surprised me is how the exploration of vastly different possible futures can reveal common strategic initiatives that are likely to be helpful in any situation. To illustrate, let me give you a taste of scenario planning. Our seminar split up into four groups, each with a different scenario – just a few quick bullet points to provide a framework for strategic thinking. The four scenarios were:

Each scenario sounds plausible, if not eerily similar to recent circumstances such as when utilities found themselves in the wake of a major blackout or storm (2003 blackout, Superstorm Sandy), the financial crisis and recession, or the Obama Administration’s green energy stimulus package.

Our teams each plotted and planned, and at the end of 30 minutes had detailed strategies to navigate the troubled waters of each imaginary future. Each strategy was reacting to different inputs, but there were clear common elements that arose. For example, whether addressing a newly emboldened federal regulator pushing environmental rules or reacting to disruptive technologies changing the market landscape, it may make sense for a utility to take an active role in clean energy deployment—including, but not limited to, acquisition of distributed energy technology companies. Whether “amid the turbulence” when rate increases are being held back or in a “struggling economy” with poor financial performance, M&A may provide stability, calming anxious investors. Across all four scenarios we found a role for acquisition and consolidation.

Consolidation happened to be a theme of Brad’s more detailed presentation on the state of the utility industry. The trend is clear with merger after merger being announced among the major investor owned utilities. It is probably not a coincidence that our teams came up with the same conclusions many CEOs seem to be reaching. There is not yet a real trend of utilities acquiring or partnering with distributed energy companies. The major companies are engaged in renewable energy deployment, but GW-sized wind farms and utility-scale solar installations in the desert are not the same getting into the business of putting solar panels on every roof in a service territory.

If our scenario planning exercise was at all prescient, you may start to see that happening soon. Indeed, distributed solar panels would make a grid resilient to a major disruption. If done right, it is a partnership that could keep the lights on in the U.S. forever.